Refinancing your home mortgage, save thousands for what you have now Academic Investing Advice – What do PhDs know that you don’t? 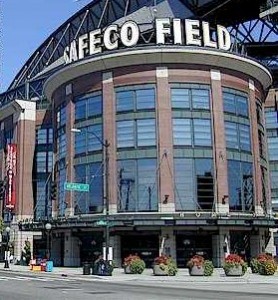 When cities, counties, or states agree to help pay for a new stadium, whether via direct financing, tax breaks, or taxes to directly pay for them, all government groups are actively deciding to use their scarce resources to further millionaires at the expense of the young, old, sick, and the poor.  When new sport stadiums are financed with public money, research has shown that the population is actually worse off economically than before the stadium.  This flies in the face of the argument that stadium proponents advance, mainly that a new stadium brings new jobs and economic expansion.

Let’s look at the costs and benefits from a new stadium from both the perspective of the team, and of the “public.”  As you can see, the team has many of the high-revenue benefits, and they should because they are the ones entertaining fans, paying athlete salaries, and in general competing against other teams and forms of entertainment.  The public has benefits also, yet most of these benefits, as shown below, are simply re-distributions of existing taxes and benefits.  However, you see that many of the costs to the public are long-term in natures, with very high fixed costs, while the costs to the team are variable costs, and can be limited if things go badly.  Additionally, many city negotiators are either politically motivated to give the teams a good deal, or simply inept.

Costs and benefits for differing stakeholders

This leads to long term contracts and leases that allow the team to move to richer pastures, even after years in a single city.  As a resident of Seattle, we recently had the Seattle Sonics basketball team move after a new stadium was not built.  Also, both our NFL and MLB teams had threatened to move without new stadiums.  Seattle destroyed a multi-use stadium that was still being paid for, and ended up build two new stadiums.  This led directly to additional taxes on restaurants and bars, among other taxes, most of which were paid by residents, not visitors to the city.

Let’s look at the two arguments and see what seems more credible.

We’ll start with the stadium proponents

Their argument is that building the stadium and staffing the stadium will bring new jobs and economic expansion, where restaurants and bars will see more business, and the city will draw more tourists and business people.  Think of a new LA stadium that would host some new LA football team.  That is a huge market, but would people go to LA that didn’t before?  I don’t think so.

In reality, research has found, and common sense verifies, that consumer spending on sports is fairly constant, and that the spending simply substitutes for other forms of entertainment spending, whether a new baseball team draws primarily from an existing football team or existing concerts and dining, the amount of money in the community is fairly steady.  The reason is the revenue from the sports teams, whether new or existing, tend to have very low multipliers.  This means that the money goes to wealthy athletes who generally spend a lower percentage of their income than middle and low income earners in the community, so the money doesn’t get passed along.  There are obvious exceptions, but because of the few people involved who make the bulk of the earnings, most of whom don’t live in the city they play, there is little additional economic activity.

Much like the revenue going to wealthy athletes, restaurant and bar spending isn’t really increasing across the community because of a new sports stadium, at best it is simply moving from other restaurants and into the locations around the stadium on game days as patrons shift their spending habits.

Finally, since public funding of stadiums usually results in higher car rental taxes, restaurant sales tax, and hotel taxes, many of those out of town tourist, business travelers, and conventioneers will be faced with the decision of coming to your city with a brand new ball club and paying these higher taxes, or choosing a cheaper alternative.  Looking at this from the perspective of the visitor, the new sports team may actually lead to a decrease in visits from out of town travelers because of the higher costs, with the possible exception of those sports-related tourists.

And the stadium opponents: 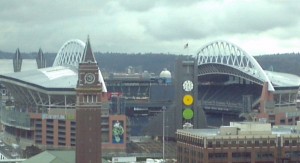 Basically all these people see is the trade-off of public funds from those needing government services to those billionaire team owners and millionaire athletes.  They see the pubic being put over a barrel when a team demands new revenue opportunities or renegotiated leases, where the sports team will flee town for richer fields whenever possible.  Tax breaks or special bond financing through revenue from the new stadium, all create funding problems for the municipalities.  Traffic and infrastructure problems persist long past construction.  History and research has generally shown these people to be correct.  So with the overwhelming benefit of logic and fact on their side, why do so many new stadiums get public funding, either in part or in whole? 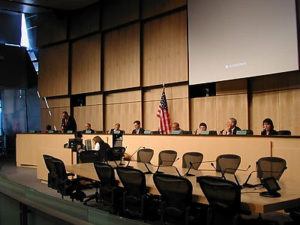 The fear of losing a sports team, and the votes of sports fans, have caused local officials to blink time and time again and to waste public monies to buy the votes of the vocal and organized few, versus the best interests of the largest portion of their constituents.

Thus we can see why public money is eagerly donated.  The full costs of a stadium and the damage it does to communities are often years in the future, long after the politician is known for being the hero that save our local team and has moved on to bigger and better things, now with the campaign funding of the very teams that they built homes for and the fans who continue to pay.  A bit of political quid pro quo in action I think.

Readers, what do you think about publicly funded stadiums?  Ever had a team leave?  How do you feel about paying taxes on a stadium you don’t visit or for a sport you don’t like?

Coupon codes and promo codes allow online shoppers to obtain discounts that they normally wouldn’t when purchasing an item.  Extreme couponing allows carts full of products to go out the […] More
0shares