Academic Investing Advice – What do PhDs know that you don’t? Secrets of Fantasy Baseball that can help your finances

By Karl · 14 Comments · In How things work, Taxes
0shares 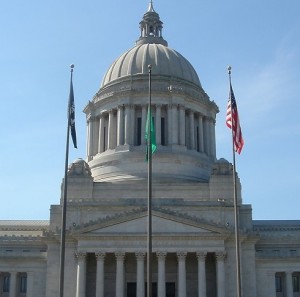 Government budgets, how they work

Whether you’re trying to get a sweet-ass government job, planning to run for office, want to know how you can influence the process to your favor, or you’re just a concerned citizen, knowing how the federal state, county, and cities create a government budget, and knowing how government budgets work in general will help you.  So become involved and go to a local budget hearing, and after reading this article, you’ll sound like someone in the know whose opinions should be respected.

The first thing to know is governments don’t budget like you and I do.  We see how much money we have coming in, and work from there, paying our expenses.  If our expenses are too great, we cut something back or try and earn more money.  Almost anything is on the table for us; we start with a zero-based budget, meaning we build our expenses and revenues up from zero.

Governments, however, budget based on an incremental basis.  This means that their budgets start where they did last year (or the last biennium if they budget on a two-year cycle) and they either add or subtract from the last budget.  Generally, the cost of government continues to increase due to contract and agreements that they have made with labor and unions, and employer medical costs.  For example, the annual increases in costs include a cost of living adjustment (COLA), any mandatory “merit” increases, any contractual increases due to union bargaining agreements made in the past, and the cost of providing employee medical benefits, which recently have been increasing at 7-10% a year. 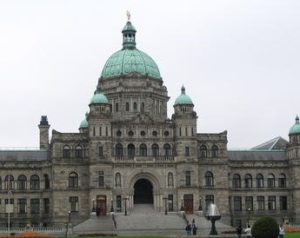 Most governments set these increases and use that as a starting point for the next year’s budget.  Basically last year’s service levels at this year’s cost.  The various departments or agencies in a government build their budgets from this point, adding or subtracting costs, initiatives, and services.  A justification process exists where changes, and especially increases in cost or service must be well justified with copious paperwork and by filling out the correct forms.  Yes, even the government has to fill out government forms!  Done across the entire government, these departmental budgets are accumulated and rolled-up to form a full budget.  This is the bottoms-up portion.

Next, the Executive and Legislative branches create a tops-down budget, usually with large but unspecified reductions that must be made in order to balance the budget.  Negotiations take place between and within both branches of government.  Additionally, many municipalities have other elected officials that have separate budgets.

If this sounds like a long and complicated process, it certainly is.  Many municipalities and states have a budget process that take more than 6 months, and sometimes this process extends for 9 or 10 months for each budget.  One of the reasons that it takes such a long time for the budget process is you likely have several separate levels of authority and differing version of the budget that need to be reconciled among different political groups and different elected officials.  For example you may have a legislative branch with two houses, each controlled by different political parties, and each with a separate version of the next budget. 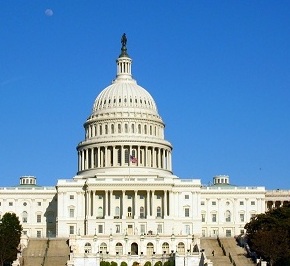 Each political group could have a different version of the budget

Additionally, each member of the legislative and executive branches will have pet projects that they want funded, will have certain constituents that are more vocal, and certain special interest groups that need to get paid back for providing election campaign money.  This obviously makes for a long and involved process of trading off votes and interests.  Much like sausage, you don’t really want to see government budgets being made at this level, it makes you nauseous.

The details and timing will vary depending on the structure of the governments and agencies involved, whether it is a board, a council, or a single mayor, but the influence and backroom deals are constant across all of them.  Now you can ace that government job interview, influence you representatives without spending thousands of dollars, and understand where your tax money is going.

Readers, what are your experiences with government budgets?  Have you ever read a budget document or helped to create one?  What can you use in your own budget that governments use, perhaps the cut from last year’s numbers?

14 Responses to How government budgets work