Secrets of Fantasy Baseball that can help your finances Lifestyle trade-offs – Hurray for diabetes?

The 13th Month, how to be a whole month more productive 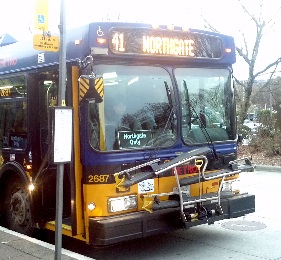 You can liberate an entire month of productivity during your commute

How much time do you waste on your commute?  If you are like most Americans, it is probably an overly significant portion of your life.  According to government research, it is about 25 minutes each way, or almost an hour a day.  Over the course of a year, that is basically like spending a 5 to 6 work weeks commuting.   Think how much more productive you’d be if you could work an anything you wanted for a whole month.  This is possible with the 13th month.  This month is hiding within all the other months as wasted time driving, listening to your iPod, or staring out the window while sipping your coffee.  All you need to do is liberate it with productivity.

Now a few assumptions, if you’re driving, it’s harder to be productive.  I could drive to work quicker than it takes me riding the bus, but I can be productive on my entire bus ride, and not at all while driving.  So I choose to take the bus where I can be productive and avoid other hassles.  Trains are even better and usually with a smoother ride.  Obviously it’s usually easier to work if you have a seat rather than being forced to stand.  You can even be productive even half the time by riding or driving with a co-worker on alternating days.  So if you wanted to, most likely you could find a way to be productive.  And this last point is key; you need to want to be productive.

Writing on the bus isn't pretty, but it is productive

What type of things can you do on your commute?  Personally, I’m able to do a whole host of things.  Almost all of my blog postings are brainstormed, conceptualized, and outlined on the bus.  This lets me sit down at the computer with my outline and basically just fill in the words around the ideas that have already been developed.  I use a regular old pad of paper and pen to do this.  It’s not high tech, but it is certainly more fault tolerant than most other technologies.  Some other ideas that work when commuting to be productive include:

There are a host of activities that can help you be productive, even if you’re stuck on a bus, train, or carpool.  Make the effort to work hard during these otherwise idle times of commuting, and you can get an entire month of extra productivity every year.

Readers, how do you spend your commute?  What would you do with an extra month to work on just about anything you wanted?

30 Responses to The 13th Month, how to be a whole month more productive