How to be Happy Golf lessons, deciding to get better at golf

How to retire on a pension? 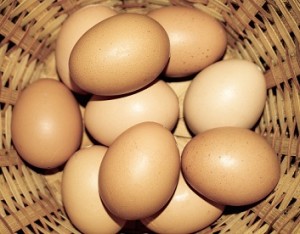 Don't put all your eggs in one basket, even the pension backet.

What is a pension?

A pension, also called a defined benefits plan (which provides a defined monthly payment or benefit versus a 401k which employers contribute to, thus a defined contribution plan), provides a set of cash flows over a period of time.  Most pensions pay money on a monthly basis, and is funded by employers and employees to differing degrees.  This type of arrangement is also called an annuity if you pay the cash value for the future stream of monthly (or annual) payments.

The differences between an annuity and a pension is usually in who is the primary funder of the monthly cash flows and whether or not you (or your heirs) have access to only the cash flows or the entire amount.  Generally a pension only provides monthly payments during your lifetime, whereas some annuities and insurance products will have some left over cash that can be used or inherited (call residual value).  It is possible for married couples (and usually domestic partners) to have what is called a survivor option that allows the payments to continue for the life of the spouse as well, but the monthly payments over the entire time period (both for you and your spouse) are lower because of the math that at least one of you will live for a significant amount of time.

No pension? Make your own!

How do you create your own pension?

As mentioned above, a pension is just another name for a defined benefits plan and also for an annuity.  An annuity is usually the term for a payment now for a series of cash payments in the future.  In the most simple terms, the value of an annuity is equal to the discounted future cash flows.  What this means is that there is a price now for a series of payments in the future, because of inflation each future cash flow is assumed to be worth less, so eventually that future cash flow doesn’t change the price of an annuity much.  Think of the last payment of your mortgage.  In 30 years, it hopefully won’t seem nearly as much because of your additional earning, and specifically because of inflation making the value of each dollar worth less.  You can purchase these from insurance companies and other firms that specialize in annuities.  For more money now, you can also inflation protect your future cash flows.  Many pensions have this feature built in automatically (much like social security in the US and various state pension plans both in the US and in the United Kingdom and other various parts of Europe).

Some alternative methods to create a very pension-like set of cash flows in the future are via dividend paying stocks, bonds or other lending (such as person-to-person lending), and rental properties.  All these have the exact same set of features as a pension plan, however they generally are not government insured or guaranteed like pensions are.  Dividend paying stocks generally have an inflation protection mechanism built in, as many companies increase the dividend they pay each year.  Sometime this will be greater than inflation, and other times not.  Finally, rental properties, either residential or commercial, have the same properties.  Rental increases generally keep pace (at least) with inflation.  All of these, rental real estate, lending or bonds, and dividend paying stocks, require an investment now in order to produce those future cash flows.

What to retire early? How?

How to retire early?

The most basic answer to this is that you can retire when your expenses are fully covered by all the interest payments you receive, pension or annuity income received, and draw-down in investment accounts.  The trick to this is knowing exactly how many payments you’ll need (basically how long you’ll live) and knowing how much return you’ll receive via interest and capital appreciation.

The best we can do when planning for retirement and knowing whether or not we can retire early is to estimate each of the areas above, and then make sure we have a large enough margin of safety to account for our errors in the planning process such as faulty assumptions, things happening that were unexpected, and the expected average happening in a sequence that we can’t withstand.

Retirement of your dreams, or nightmares?

Follow the above recommendations and you too can retire early, whether you’re receiving a state pension, a federal pension, or a pension of your own making.  Hopefully you’re one of the lucky ones that still has access to a pension.  If you’re looking for an employer that still offers defined benefits, you’d be wise to look for employment in various types of government.  This includes federal, state, county, city, and various utilities and transportation providers.  Some private companies still offer these as well.  The question for both however, is whether or not those pension plans are well funded.  Many are not, so even if you do the best you can right now, the future is still uncertain and as such, a pension should not be your only source of retirement income.

Readers, what are your thoughts on pensions?  Do you have one?  Do your parents?  Are you planning conservatively for retirement or do things need to work out perfectly?

24 Responses to How to retire on a pension?