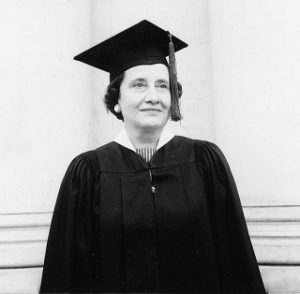 Graduate from college and then pay off your student loans

With some trepidation, I paid off the remainder of my student loans from business school this week.  With this (fairly large) payment, I am now debt free with the exception of my mortgage.  And given the recent refinancing that I completed, the odds of us actually selling this house are slim, even if we move.

This will free up some monthly cash flow that I was sending in to the fine folks at the department of education, but it was a large chunk of change out of my checking account.  This money was planned to make its way over to Prosper, but I’ve hit the level of funds that I want to test for a while, and thus needed to do something with this money.  My wife suggested paying off the remainder of my student loans.  I hadn’t been in a big hurry because the interest rate was consolidated some time ago and was around 2.7%, or thereabouts.

I excited by this, as paying off remaining debt is almost always a plus, and with the current interest rate environment, I wasn’t missing much in the way of interest by paying off my student loans, even though they too were at very low rates.  The driving factor for this for me was really just to simplify things.  This is one less debt, one less account, and one less monthly payment that I needed to worry about.  Again, I probably did hang on to this debt too long, but the low interest rate made other uses for cash more attractive, whether that was the stock market, person-to-person lending, my cash reserves, or just about anything else.  So given that I’ve maxed the amount I want to send to Prosper for the time being, our cash reserves are fully funded, and the stock market looks to be rolling over, I decided that now was as good as time as any. 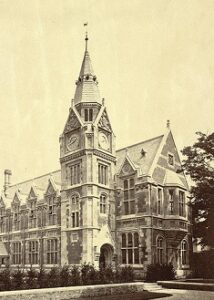 Did your college debt help erect a new building?

This is the remaining loans from my graduate school, which I completed 6 years ago.  Both my wife and I’s undergrad loans were paid off prior to this.  The total amount I borrowed for business school was somewhere in the area of $25,000, so not a huge amount by any means.  I quite proud of self-financing the majority of my schooling myself, but when the government offers you free money for a few years, and then you can consolidate at less than 3%, it’s awfully hard to turn that down.  At the time I was in graduate school, my MBA program worked in such a way that it was the same cost for all credits taken between 8 and 18.  Being a bit of a nerd, loving being in grad school, and a bit cheap, I often took extra classes, both while I was working full time and later when I was at school full time.  I graduate with a significant number of extra credits beyond what I needed to graduate, but I did that because I wanted the education and knowledge, as mentioned above it didn’t cost anything, and I did end up graduating a quarter early, though I could have graduated even another earlier.  My reasoning was that the odds of me having another extended break from my career was slim, so I wanted to make sure I made the most of it, took all the classes and professors that I wanted, and had a well-rounded education in business.

This education certainly helped me make the transition from software engineer to business, finance, and management, one which I couldn’t have done without the degree.  Plus I had a fantastic time.

Now we could have some great debate about college, student loans, community college or trade schools and the like, but my personal opinion is that college trains you to do something in the world.  But you get out of it what you put into it.  Maybe another post.

Readers, if you’ve attended college, did you take out loans, and have you paid them back yet?  What do you think are the pros and cons of paying off debt versus doing something else with the money?

21 Responses to Paying off student loans

Whether you want to supercharge your sales or convince your spouse to take that overseas vacation, changing the frame of reference to your advantage is a powerful technique.  Using the […] More
0shares