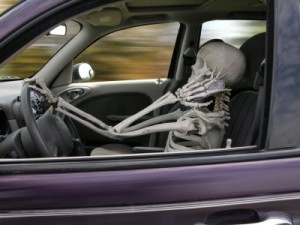 When you’re dealing with large sums of money like life insurance – hundreds of thousands, or even millions – the truly insane attempts at fraud tend to come out of the woodwork.

Life insurance companies have seen it all – to quote Cuba Gooding Jr. from “Jerry Maguire”, “they’ve been the puppet show and they’ve seen the strings!” – yes, just like single mothers! Of course, the life insurance “strings”, or fraud, tend to equal around $68 BILLION lost on a yearly basis.

Even with that kind of number happening on average, life insurance companies still aren’t actively trying to make it difficult to receive your claim – they’re just being cautious. If you have nothing to hide, then getting your claim filed within a completely reasonable time period is easy and string-free. You can learn more about Suncorps policies at http://www.suncorp.com.au/insurance/life-insurance.

Since 2010, life insurance companies have been steadily producing fraud bureaus to handle their fraud cases, thoroughly. These bureaus certainly existed before 2010, but they’ve been on the rise in recent years as fraud has become increasingly prevalent.

One of the great things about this steady flow of new fraud bureaus is the effect it has on the United States’ unemployment rates – the bureaus that have popped up since 2010 have alone employed over 1,500 people to be investigators and prosecutors, with a sole focus on insurance fraud.

Furthermore, insurance companies conduct thorough investigations into nearly every claim that comes across their desk – if something doesn’t add up, investigations deepen. Every claim is checked back against the initial application for coverage, which makes the application process one of the most important things to accomplish thoroughly and honestly.

These cases may seem like rare, mad, instances but there are slews of cases like these that occur every single year and they have an adverse effect on the life insurance system, resulting in higher premiums and stricter investigations.

My first example case is often referred to as The Great Coffin Caper and involves two funeral home works out of Los Angeles who decided they were going to completely invent a family member to collect life insurance on.

To pull this off, these two “masterminds” fully invented an individual – through forged documentation – purchased a $950,000 life insurance policy in their name, and then had this fake individual die and leave them everything.

Through their professional contacts and resources, they even went so far as to stage a full-scale funeral. How do you set up a successful funeral for someone who doesn’t even exist? Well, you hire a bunch of fake mourners and weigh down the coffin with a mannequin, cow meat, and bones (from who knows where). Then, to get rid of the evidence, you exhume the “body”, cremate it, and scatter the ashes at sea.

Unfortunately, these two ran into a major road block that ended up putting them both behind bars when the doctor they’d hired to procure forged medical documentation bailed out at the last minute, making it impossible for them to dodge the insurance investigation unscathed.

Second, there’s the case of Clayton & Molly Daniels, a couple who tried to fake Clayton’s death in order to collect his $110,000 life insurance policy. While this idea is a common one, the way these two went about it is entirely unique.

Clayton, you see, was a fugitive from the law and the pair figured that faking his death would be win-win – no more police chasing after them and they’d have all the money they’d need to start over new.

To get away with this scheme, the pair dug up a body at the local cemetery – one Charlotte Davis, an elderly woman – and propped the body up in the driver’s seat of their car wearing Clayton’s clothes. They figured there would need to be a body in the vehicle and the remains wouldn’t be identifiable after they torched the car from the inside and pushed it off a cliff.

Unfortunately, the remains were still identifiable and the DNA results proved first that the victim was female – which was enough to prove that it wasn’t Clayton – before they proved to belong to Charlotte Davis. Also, the insurance investigation determined that the fire was started from within the vehicle – another nail in the coffin.

The funny thing is, even if they’d gotten away with the “car accident”, they probably would have been caught anyway as Clayton showed back up in town, in a flimsy disguise, posing as Molly’s new boyfriend – a few concerned citizens recognized him immediately and called it in.

So, as you can see, people really will go to any length for money – it’s a simple fact of life – and the insurance companies can’t be so naïve as to not see it for what it is and protect all of the honest policyholders from suffering the same loss that they do.

Have you heard of any other insurance scams?