How to Avoid Savings Burnout Living Like No One Else: Buying a Home with Cash

Obamacare and You: How it Works 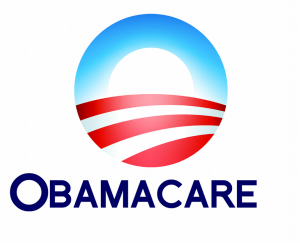 The Patient Protection and Affordable Care Act, often referred to as Obamacare, was signed by President Obama in March of 2010. Since then several changes regarding health insurance have taken place.

Children under age 18 can no longer be denied by insurers for preexisting conditions, children up to the age of 26 can be covered on their parent’s health insurance policies as dependents, and small businesses are given tax breaks.

Even though many changes have already taken place in the background, the release of the new Affordable Care Act website has sparked more talk about the upcoming laws. If you haven’t been following along here are some important changes that are about to take place and how they could affect you.

Is Obamacare actually affordable? That’s the question everyone wants answered. And the answer is – it depends.

If you’re currently one of the uninsured and have an income that falls within 400 percent of the poverty line, then yes Obamacare is the answer to your health insurance problems.

Obamacare offers subsidies, in the form of a tax credit, to those who fall within 400 percent of the poverty line. And, better yet, the insurance companies can’t charge you more than 9.5 percent of your income in premiums. This means if you were once paying high health insurance premiums you’ll be given a break as long as you fall within the income guidelines.

If you’re income exceeds 400 percent of the federal poverty line then your premium may be much higher. Other factors will be considered including your health, tobacco use, age, and other information.

In addition, many new US residents will now be eligible for Medicaid. Medicaid is government provided insurance offered to low income families. Medicaid is free to those covered by it.

For states that opt in, Medicaid income eligibility will now be 133 percent the poverty line. The Federal government will play a large part in funding this new change for the next several years. After that it is unclear who the financial burden will fall on – the federal government or the state government.

As it stands there are a few states who have decided not to expand Medicaid enrollment to more of their residents in fear of the financial burden.

Obamacare will run on health exchanges. These health exchanges are essentially “insurance pools” that help spread the risk and therefore reduce the premium amount paid by consumers. Many plans will be offered under the health exchange and each plan will have a different level of coverage.

Each state will have the choice of putting together its own health exchange. If the state decides not to put one together then the federal government will do so. These health exchanges are open for individuals who have no insurance, were uninsurable, feel like they are paying too much for private health insurance, and small businesses with fewer than 100 employees. Beginning in 2017 the states will have the option to allow large businesses with more than 100 employees to buy insurance via the health exchange.

Open enrollment begins in October 2013 for individuals and small businesses.

Those that decide not to purchase health insurance either because they feel they don’t need it, like the young and healthy, or can’t afford it will be charged a penalty each year. In 2014 this penalty will be $95 or 1% of income whichever is greater, but not to exceed $285. This amount will increase to a maximum penalty of $975 in 2016, and $2,085 in 2017.

If you are currently one of the many uninsured residents in the United States and are considered low to medium income, then Obamacare can be a very good program for you. You’ll be able to get insurance coverage at a lower rate or possibly even for free. If you fall into a higher income bracket Obamacare may not be so generous.

Keep in mind that there are still many kinks to work out and you should educate yourself before shopping for health insurance. Make sure you clearly understand a policy before purchasing it. The health care exchanges have hired expert “health care navigators” to help you with every step of the application process. There are different packages that offer varying levels of coverage and you need to choose the one that best suits your lifestyle and wallet. You can fill out a health insurance application through the health exchanges at healthcare.gov.

In the next several years we’ll be able to see how effective Obamacare becomes at beating the United States’ current health care problems.

What are your thoughts on the future of Obamacare?