Active and Passive Job Search via the Internet: Which is Right for You? 4 Ways to Save Money While Wedding Planning

3 Creative Ways for the Outdoorsman to Earn Extra Money 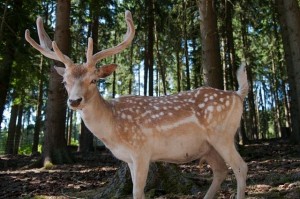 My brother has been looking for a way to make money on the side. Being the idea gal I started scheming up possible side businesses for him.

I immediately ruled out anything that had to do with computers or technology. He doesn’t touch computers or even understand how Facebook works. An online business wasn’t going to cut it.

Since most successful side businesses are built around hobbies I had to think creatively.

What could an outdoorsy, hunting obsessed, woods loving guy do for a side business? After a few quick searches I discovered several things that combined his two favorite hobbies: the outdoors and earning money.

Here are three creative side hustles for the outdoorsman.

No, I’m not talking about the psychedelic type. This isn’t that type of blog.

I’m talking morels. You know, spikes, sponges – that type of thing. I live in Ohio and mushroom hunting is a HUGE sport around here. Or at least to my family it is.

Every spring the mushrooms start to pop up. There’s such a demand for them that people will pay around $30 a pound.

The season lasts for around two months. If someone were to find ten pounds of mushrooms per week and sell them at thirty dollars a pound they could profit around $3,200 in their spare time during mushroom season.

This was something that my brother already does so I had to dig deeper…….

My two brothers walk around the woods looking for deer sheds (antlers that fallen off the deer) for fun. They spend hours at a time searching.

Luckily, for them you can actually sell deer sheds. In fact the fresh sheds of eight pointers are going for as much as $250 on eBay. For the smaller sheds you can sell them by the pound to furniture makers or as dog chews.

There’s a huge market around deer sheds. Who would’ve thought?

Have you seen Appalachian Outlaws? If your answer is yes then you’re probably aware of how profitable selling ginseng can be.

Thanks to the Chinese market Ginseng is in demand. Depending on your state’s laws you can dig ginseng during a specific season. (Laws vary state to state so be sure to check with your state before hunting. There are some hefty fines if you get caught hunting ginseng in the off season.)

You can get up to $1,000 a pound for dried ginseng, making this a smart side business.

If you’re an outdoorsman and love taking walks in the woods use that to your advantage. You can pair your love for nature with a way to earn some extra cash.

What other side business ideas are there for outdoorsman?