How to Take Advantage of the ‘Year of the IPO’ 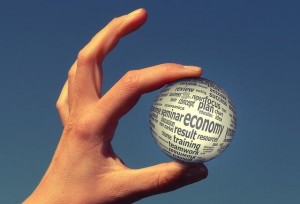 The end of a global economic slowdown brings many interesting side effects.  For investors and businesses, it means that many years of little growth come to an end, and longstanding plans can finally come into effect.

Which has all led to many pronouncing 2014 ‘the year of the IPO’, as businesses seek to take advantage of more favourable conditions by floating on the stock markets. Certainly, there has been a raft of IPOs so far this year: GoPro, Jimmy Choo, Weibo and Zendesk are just a few of the major brands around the world to arrive on the stock markets.

And of course, the biggest IPO float ever took place this year: Alibaba, the Chinese ecommerce giant. It began life on the New York Stock Exchange with a staggering value of $230 billion, over three times more than the previous dotcom IPO title holder, Facebook.

Proclaiming 2014 the pinnacle for IPOs might be a touch short sighted, though. For one thing, many of the IPOs launched this year haven’t quite been the stunning successes many had hoped for. Jimmy Choo and Weibo both came in at a value significantly lower than the market was expecting, and neither has managed to report major growth since. Alibaba sagged in its first few weeks on the markets, until a recent rally took it back above its original listing price for the first time.

Much of that weakness has come because of the blow dealt to the global recovery in the latter half of the year. As growth around the world and in several key economies appeared weaker than many had hoped – and crucially, that the much hoped for US rate rise may not be appearing for a time yet – fledgling listings have suffered. That, in turn, has convinced many to delay their listing.

The huge popularity of crowdfunding is another possible reason that we have not seen as many IPOs in 2014 as could have been. Kickstarter has led the way, and crowdfunding has become the zeitgeist for much of the year. Now, Kickstarter use is slowing as it becomes more of a viable tool and less of a fad.

All of which means that, whilst still a momentous, record-breaking year for IPOs, 2014 may not be the zenith for long. Plenty of businesses are still biding their time, and those traders who came to the IPO-party a little late should still find plenty to interest them.

The question of how to get involved in IPOs is a little bit more complicated. Some are open to private investors as well as institutional ones, but often they have their own stipulations – and predicting when an IPO might actually take place can be even harder than predicting its success. Typically, the best plan is to pay attention to what’s coming up in terms of new floats, and research the investor process for each individual opportunity.

Alternatively, if you want to speculate on the eventual value of a company without going through the process of actually buying the shares, you can invest via a grey market. Grey markets typically run up to the end of a company’s first day of trading, and take the total market cap of the company as its final valuation. In the run up to an IPO, the price will fluctuate dependent on demand – traders can then either go long on the price (if they think it is undervaluing the business) or short if they think the price is inflated.

The attractiveness of an IPO varies from person to person, and different methods of speculating or investing will make sense in different situations. For that reason, examining each company on its own merits is imperative to succeeding when looking at new companies on the stock market. And remember that the swathe of new IPOs is just one symptom of renewed confidence on the markets.

Spread bets and CFDs are leveraged products and can result in losses that exceed your deposits. The value of shares, ETFs and ETCs bought through a stockbroking account can fall as well as rise, which could mean getting back less than you originally put in.

This information has been prepared by IG, a trading name of IG Markets Limited. The material on this page does not contain a record of our trading prices, or an offer of, or solicitation for, a transaction in any financial instrument. IG accepts no responsibility for any use that may be made of these comments and for any consequences that result. No representation or warranty is given as to the accuracy or completeness of this information. Consequently any person acting on it does so entirely at their own risk. Any research provided does not have regard to the specific investment objectives, financial situation and needs of any specific person who may receive it. It has not been prepared in accordance with legal requirements designed to promote the independence of investment research and as such is considered to be a marketing communication. Although we are not specifically constrained from dealing ahead of our recommendations we do not seek to take advantage of them before they are provided to our clients.