How to Leave Your Car Vulnerable to Theft and Vandalism

By Robert Farrington · Add Comment · In How things work
0shares 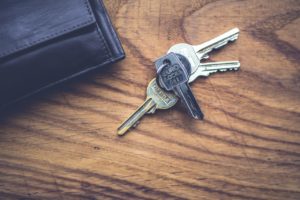 The FBI estimates that over 699,000 vehicles were stolen in the United States 2013, an average of one every 44 seconds.

You may think car theft can’t happen to you, but if you’re not taking the precautions to keep your vehicle safe then it could only be a matter of time.

This is bad news for those living in Texas. The state was ranked second for vehicle thefts by the National Insurance Crime Bureau (NICB) in 2014. According to CoverHound, an online insurance-comparison site, motorists in areas that experience high numbers of theft are likely to be charged higher rates for comprehensive insurance. However, when comparing quotes online for car insurance, Texas residents have options. Doing the research will help you find the best deals and reduce your premiums.

Theft risk also depends on the type of car you own. There are certain cars that are more frequently stolen than others. This is due to the vehicle’s value or a high demand for its parts. Vehicles such as the Honda Accord and Toyota Camry are among the most frequently-stolen vehicles. Insuring vehicles that are attractive to thieves is likely to cost more.

Does Your Insurance Cover Theft?

Standard insurance coverage, no matter how much you have, only covers you for accidents. You’ll need to invest in comprehensive insurance to ensure that your car is covered in case of theft. Even if you are covered for theft, it is important to read the fine print of your policy.

Most insurance companies will not pay claims if you are shown to have been negligent. You therefore need to protect your investment against theft and be vigilant of possible dangers.

How Motorists Put Their Cars at Risk

Cars that are parked in the street are more vulnerable than those parked in secure areas. Some insurance companies have been known to provide motorists who park their cars in secure facilities or garages with substantial credit. Park your car in a garage or a secure facility whenever possible. If you do, be sure to notify your insurance agent about it to receive a discount.

Parking your car in a dark alley or a poorly lit area makes it easier for thieves and vandals to work without fear. Pilfers and other criminals are less likely to target a car that has been parked in a well-lit area where they have a greater chance of getting caught in the act. If you don’t have access to a garage or secure facility, ensure that you park your car in a well-lit part of the street and avoid parking in alleys at all costs.

Whether you live in an area with a high crime rate or not, it’s important to have an alarm system installed. This will deter thieves from stealing your car. Going a step further and having a vehicle tracking device installed will make it easier to recover your vehicle if it is stolen.

Many insurance providers are willing to offer discounts to car owners who make the effort to safeguard their vehicles. Taking the extra steps to keep your car is safe will cut your costs in the long run.

Whether you want to supercharge your sales or convince your spouse to take that overseas vacation, changing the frame of reference to your advantage is a powerful technique.  Using the […] More
0shares