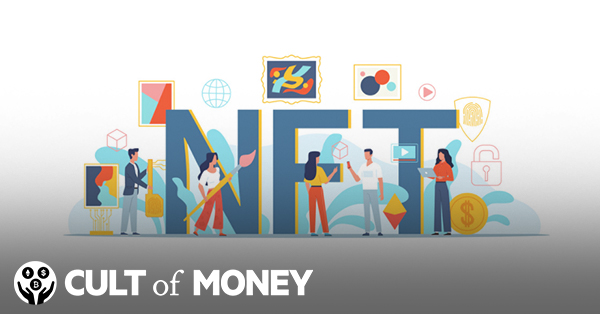 Non-fungible tokens, or NFTs, have been all the rage for investors and collectors throughout 2021. According to Statista, NFT trading doubled between July and August 2021 alone. And the hype doesn't show any signs of dying down.

Coinbase, one of the world’s most popular cryptocurrency exchanges, has announced plans to launch its own NFT marketplace. There’s currently a waitlist to get early access to Coinbase NFT. But given Coinbase’s popularity, this move is certainly exciting for NFT investors and creators alike.

But how will Coinbase NFT work, and how can investors, collectors, and digital creators take advantage of the new marketplace? In this article, we’re covering everything you need to know about Coinbase NFT and how you can stay in the loop.

What Is The Coinbase NFT Marketplace?

On October 12th, 2021, Coinbase announced Coinbase NFT, a peer-to-peer marketplace that will let users mint, purchase, display, and find new NFTs. According to Coinbase, just as the platform “helped millions of people access Bitcoin for the first time in an easy and trusted way - we want to do the same for NFTs.” Coinbase says that it plans to launch the new marketplace by the end of 2021.

One of the reasons Coinbase is such a popular exchange is because of it’s user-friendliness. Users can buy dozens of cryptocurrencies and stablecoins with funds right from their bank account after creating an account. Verifying your account with KYC information is also snappy.

Coinbase NFT looks like it will follow the same formula. In its announcement, Coinbase stated it’s making NFTs more "accessible" by creating interfaces that put the complexity behind the scenes. Social features that promote NFT discussion and discovery are also going to be part of the marketplace. Finally, Coinbase also wants to put creators first and have a system where creating NFTs just takes a few clicks.

From a technical perspective, Coinbase NFT plans to leave control in the hands of creatives. NFTs on the marketplace are going to be on-chain, meaning media and metadata are stored within smart contracts.

Coinbase states: “We will make it effortless for artists to maintain creative control through decentralized contracts and metadata transparency...We’ll provide the best user experience, but we’ll never lock creators in.”

This creator-first approach and dedication to user-friendliness sounds like great news. And so far, early sneak peaks of Coinbase NFT have been promising.

On November 4th, 2021, Coinbase’s VP of Product Sanchan Saxena Tweeted a short video of Coinbase NFT’s onboarding flow. In the video, users can sign in to Coinbase NFT with their Coinbase wallet, but they also have the option to use an independent cryptocurrency wallet or Web3 wallet like Metamask.

Recently, we announced Coinbase NFT marketplace (https://t.co/IP1PZyw47K). And today, we wanted to share a sneak peak of the product and get your feedback.

Here's a video of the onboarding flow for any user to connect and create their profile ???? pic.twitter.com/tRr9phFwta

The variety of wallet choices means you don’t need a Coinbase account to use Coinbase NFT as things currently stand. Overall, this is excellent news for NFT creators and investors because you’re not locked in to being a Coinbase user to explore its NFT marketplace.

You have to join the Coinbase NFT waitlist to get early access to the marketplace. Only an email address is required to join the waitlist. You can also advance your waitlist spot by referring other users to sign up. Currently, there’s over 2.4 million users on the waitlist.

Once the marketplace is live, you'll have to be 18 or older and live in the United States to create a Coinbase NFT account. Coinbase states it plans to expand to other countries in the future and will update international residents on the waitlist when support for new countries is added.

What Does This Mean For NFT Investors?

NFT investors aren’t lacking choices when it comes to purchasing NFTs. For starters, OpenSea is the largest NFT marketplace in the world, and users can buy NFTs of artwork, music, domain names, real estate, collectibles, sports, and various other categories. Entrepreneurs like Gary Vaynerchuk are even selling NFTs of VeeFriends on OpenSea.

Furthermore, other exchanges like Binance and FTX have also launched NFT marketplaces to give users greater access to this new asset class. Considering the growth of NFT popularity, it’s not surprising to hear more exchanges are jumping on the trend.

But what makes Coinbase’s NFT announcement exciting is how large its user base is. Coinbase has over 68 million verified users according to its website. This means millions of cryptocurrency investors might enter the NFT market for the first time. As Coinbase NFT expands international support, the wave of new investors in the space should also increase.

For investors who are already buying and selling NFTs, Coinbase NFT might not be a gamechanger. But having more choice is generally a good thing for consumers, especially for an emerging space. So Coinbase NFT is ultimately a positive for investors.

What Does This Mean For NFT Creators?

Coinbase has made it clear that it’s putting creators first with its NFT marketplace. If you can truly create and sell NFTs with just a few clicks when Coinbase NFT launches, that should help more artists enter the space.

Coinbase also has aspirations to build a community of digital creators. But only time will tell how much social engagement Coinbase can generate on its marketplace.

Like NFT investors, artists have several platforms to choose from for selling their creations. But having more choice is a plus, and if millions of first-time NFT investors enter the space through Coinbase, that directly benefits digital creators trying to monetize their artwork.

How Does The Coinbase NFT Marketplace Compare?

It’s difficult to judge Coinbase NFT fully since the marketplace isn’t live yet. However, it’s fair to say that Coinbase is entering a very competitive market despite NFT popularity being more recent.

As mentioned, marketplaces like OpenSea currently dominate the space. According to DappRadar, the total volume on OpenSea over the last 30 days is approximately 407.11k Ethereum, or $1.93 billion dollars.

There are also more niche players in the NFT space. For example, NBA Top Shot lets you buy officially-licensed NBA and WNBA “digital moments collectibles'' on its marketplace.

Is NFT Investing Right For You?

People invest in NFTs for different reasons. An NFT is a one-of-a-kind asset, which can be attractive for collectors who want to own NFTs for sentimental reasons. For other investors, NFTs represent an emerging space with the opportunity to flip digital assets for profit.

You need to know what your investing goals are before dabbling in NFTs. Additionally, it’s important to note that NFT popularity is a recent development. So it’s difficult to say if the recent growth is a bubble or if it can be sustained.

The bottom line is that investing in NFTs is a more speculative play. You shouldn’t spend money on NFTs you can’t afford to lose. Remember, there are many other ways to invest in blockchain technology too, like through cryptocurrency investing, staking, or even lending out crypto on platforms like BlockFi and Celsius.

Coinbase has a massive user base, so any new feature the company introduces is going to make a splash. And, for a space as new as NFTs, opening the door for beginners is a positive for Coinbase, investors, and digital creators alike.

Right now, your best option is to join the Coinbase NFT waitlist and to watch for more developments. Between Coinbase NFT and market leaders like OpenSea, you certainly have a lot of options to start getting involved in the wild world of NFTs. 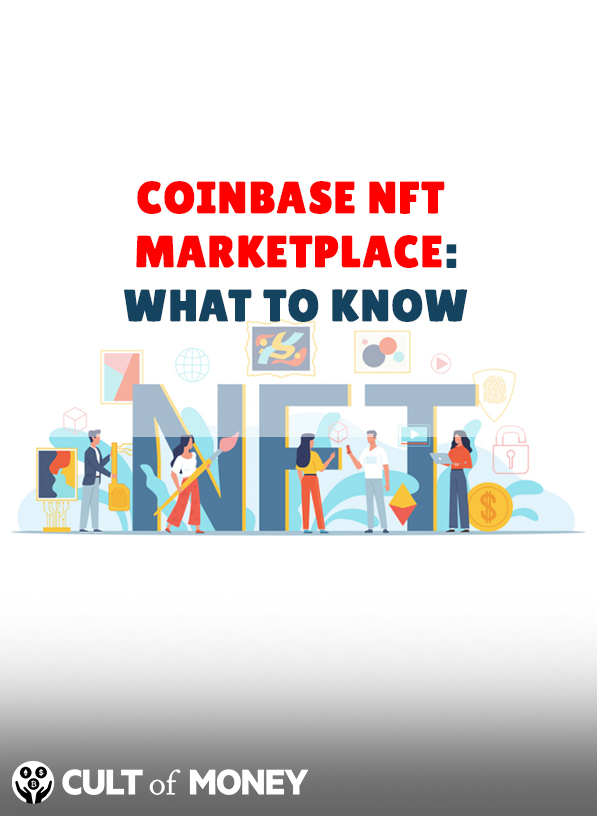