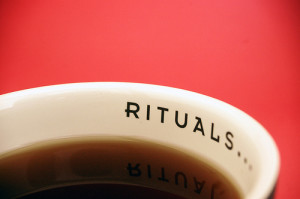 The differentiation between investing and trading is one of great distinction. It is a question that is often asked though, and sometimes even assumed to be the same thing. The fact of the matter is that they are quite different.

When considering the differences from the perspective of financial markets are processed and performed in very similar fashions. So similar in fact that they are often considered to be interchangeable.

Investors can typically be thought of in the long term. An investor will typically perform extensive research before committing to a position in the market. Once an investment is made, it is usually held onto for months, quarters, or even years. The research that is involved in an investment decisions usually includes analysis of factors such as earnings, ratios, and other key performance indicators.

A trader on the other hand typically does not look as closely at the fundamentals of a company. Many traders will openly admit that they in fact have little information on the company at all when they make a decision on the company. Unlike investors, traders are much more focused on the short term strategy. The motives overall of a trader are much different than that of an investor. A trader can be as short term to a day to as long as a few months.

In addition to these broad distinctions, there are several other key factors that make up the differences between the rituals of investors and the rituals of traders.

Already pointed out is the fact that investors tend to do much more extensive research and due diligence on a company before any serious consideration in made in adding that position to their overall portfolio. Conversely, a trader will made a decision based on analysis of patterns over time or indications that are recognized on price charts.  A good example is my Tactical Asset Allocation Portfolio, where I make longer-term investments versus short term trades.

2. Investors are long-term, traders are short-term

Because of the fact that investors are more focused on the long term, they tend to rely on the slow steady growth that comes from a balanced index of stocks that are found with extensive research and consideration. Investors also tend to capitalize on dividend growth that comes from holding a position for a considerable amount of time. A trader is far less concerned with dividends, if at all. A trader in turn identifies stocks that are on the verge of a big move, buy in for the extent of the move, and then exit the position when the move is anticipated to end.

With the long term strategy of investors comes the desire to have a balanced portfolio that is heavily diversified. A trader on the other hand tries to capitalize on the positions of a limited number of investments.

The major differences between traders and investors can be summed up to timing. Of course the end goal is to turn a profit and produce a positive return. Although both positions require extensive time and resources, traders in general are more active when it comes down to it. Regardless of which approach is used, a strategy should be in place before any investing is done.

What investing rituals do you have?