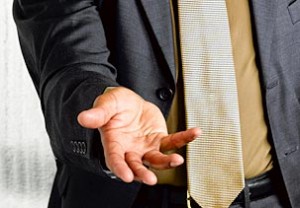 I always aim to be money conscious, making smart decisions with my money. I don’t have a whole lot to start with and since I am against buying most things on credit I am forced to be pretty frugal.

That doesn’t mean I haven’t made some huge money mistakes – because I have.

When it comes to money there is one thing that most personal finance experts unilaterally agree on. And that is not loaning money to friends or family.

Above going into debt or spending frivolously is the dreaded relationship strain that loaning money causes. I can attest to the fact that it does do just that and is the worst money mistake you could EVER make.

My History with Loaning Money to Family

We’ve all heard the sob stories before. “I am so broke, my electric is going to be shut off and I just need to borrow a hundred dollars until I get paid next week.”

I don’t want to seem cold hearted here, because there are people who really do need and deserve help. Unfortunately, in some circumstances it can be hard to differentiate those who truly need help from those who are victims of their own bad habits.

My experience involves the latter of the two.

A few months ago I gave my brother enough money to fill his gas tank up. Between him and his girlfriend they have four kids with the fifth on the way. The kids need to get back and forth from school and the girlfriend needed to go to a doctor’s appointment.

With his promise to pay me back in a week I was more than willing to loan them the money.

As the week passed I contacted him to see if he had my money yet. If not, no big deal.

What I got was more of a slap in the face. He argued that he didn’t owe me the fifty five and only told me to put thirty five in gas and he was not going to pay the difference.

Of course, this wasn’t the first time that this has happened. If it was I would have just chalked the twenty dollar difference as a loss and went on my merry way. With this being the second similar occurrence it was more than I could take.

This was more of a respect issue than a money issue, but over a measly fifty five dollars I now have a strained relationship with my brother. Definitely not worth it.

In retrospect I should have let them figure out a different way to get gas and completely stayed out of the situation.

When it comes to loaning friends or family money in the future there will be three rules that I follow.

As simple as that. I am no longer willing to loan out even a small amount of money knowing that it has the ability to ruin a relationship.

Is it better for the friend or family member to be mad at you for refusing their request for a little while or is it better to feel awkward in their presence knowing that they owe you money?

On top of that some people borrow with no intention of ever paying their debt back.

Loaning money to friends and family just isn’t worth it.

I have a soft spot in my heart for those who really are in need. I know what it’s like to barely have enough money to cover basic needs.

When I was struggling I did have a few people gift me items that really helped me out. I feel like it’s my duty to pay it forward.

If there were a friend or family member who was really in need I would gift them what I could. I would make it completely clear that was my way of paying it forward and they were under no obligation to pay me back.

However, the problem can sometimes be determining who really needs the help and who needs help only because they blow their money on frivolous items.

I wouldn’t be too quick to help the latter of the two.

Rather than being so quick to loan money to my brother I should have been by his side in different aspects. He has been through a lot over the past year and his life has changed in dramatic ways.

I thought I was helping by giving him money, but I wasn’t. What would have really made a difference is letting him figure out life on his own while offering my love, advice, and support to him.

Eventually, he would have figured out what changes he needed to make in his life just like I had done before him.

Take it from me, loaning money to friends or family members is the worst financial decision you can make. When you really look at life money is not in the big picture – relationships are.

Sure, everyone needs money. Money makes you feel safe, allows you to cover life’s basic needs, and gives you the means to enjoy life. But, in the end money cannot compare to the love and happiness you get from your family friends.

Loaning money to family and friends just isn’t worth it.

What are your thoughts on loaning money to friends and family?

I once loaned money to a brother for an engagement ring. His eldest daughter just started graduate school this week, and I haven’t yet seen the first repayment installment! That’s okay though, I’ve gotten repaid in other, more important ways.

Make it a gift, not a lone – absolutely. If the person is able to pay it back, have them pay it forward. Money can do serious damage to relationships because it is a way to keep score, and it’s too bad.

0
Reply
Lyle @ The Joy of Simple

Very good advice Alexa and sad at the same time. If we can’t lend money to friends and family, without the worry of not getting it back, who can we lend money to!?

This summer I had a big tax refund and lent $500.00 to my son to get him out of a financial hole. I did have a slight sense of trepidation but I went and did it anyway. He’s borrowed money in small amounts many time before and he’s always paid me back right on time. Well, I’m happy to say that this time it was no exception, he paid me back exactly when he said he would and it worked out. I wish everyone’s experiences were like mine.

Thanks again for a thoughtful article.

Take care and all the best.

The old adage of “Do business with strangers, have conversations with friends” come to mind…