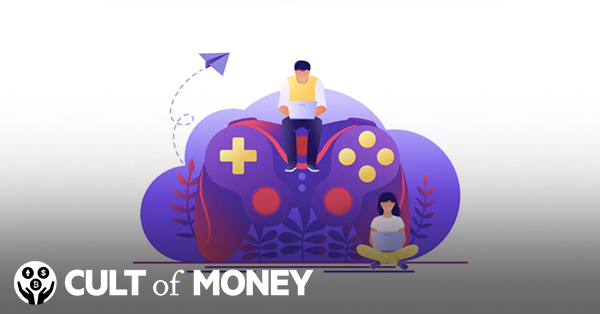 These days, non-fungible tokens (NFTs) are all the rage alongside regular cryptocurrency investing. But NFTs aren’t just disrupting the art and collectibles world; they’re also changing the world of gaming.

Metaverse games like The Sandbox are a perfect example. This virtual world is built on the Ethereum blockchain and lets players create, own, and monetize assets within the game. Compared to your normal video game, The Sandbox actually lets users create the content that shapes its world.

But what’s under the surface of The Sandbox? How can you actually get in on the action? And, furthermore, what does this all mean for investors, gamers, and digital creators? You'll find answers to all of those questions below.

What Is The Metaverse?

The Sandbox is one of several popular "metaverse" games surging in popularity right now. Other games include Decentraland and Roblox, and the space is full of other gaming studios also creating their own titles.

A metaverse is a virtual world where you can interact with other people and the virtual environment. In some sense, these types of environments already exist and have been around for quite some time. For example, the game Second Life was released nearly twenty years ago back in 2003.

However, proponents of the future metaverse believe it will be far more than a souped-up version of The Sims. In October 2021, Facebook dramatically demonstrated its confidence in the metaverse and its potential to eventually revolutionize life as we know it by rebranding its holding company to Meta.

In one of his founder’s letters, Facebook’s CEO Zuckerberg stated “In the metaverse, you’ll be able to do almost anything you can imagine — get together with friends and family, work, learn, play, shop, create — as well as completely new experiences that don’t really fit how we think about computers or phones today.”

What Is The Sandbox?

The Sandbox is one of the more popular metaverse games on the market right now. Pixowl Inc. is the developer behind the original game which was released on mobile way back in 2012. A Steam version for PCs launched a few years later in 2015.

But in 2018, Hong Kong-based company Animoca Brands acquired Pixowl and announced that it planned to create a blockchain version of the game. And after rounds of funding and much anticipation, the Alpha version launched on November 29th, 2021.

On the surface, you might think The Sandbox is identical to other open world games where you create things, like Minecraft. However, ownership is what makes The Sandbox and other metaverse games so innovative.

The game utilizes NFTs to let players own virtual land and assets within the game. Furthermore, The Sandbox has its own ERC-20 token, appropriately named SAND, that players use for all transactions and interactions within the virtual world.

This might sound like a cute spin-off of other creator games, but The Sandbox has serious momentum and cash behind it. In a recent $93 million Series B round, Animoca Brands announced that the game already has over 500,000 registered wallets. Currently, over 12,000 players own land within the game, and The Sandbox has generated over $144 million in sales since its inception.

Ownership is a key component of what makes The Sandbox exciting and new for gaming. To let players create and own assets within the game, The Sandbox has several important features and technology at play.

Like other popular play-to-earn crypto games, The Sandbox has its own token, SAND, which is how players purchase assets in the game and interact with the environment.

SAND is an ERC-20 token that’s built on the Ethereum blockchain. It’s the game’s utility token that lets players:

In the future, SAND is also going to be used as a governance token to let stakeholders vote on future game updates.

Users can acquire SAND in multiple ways, including purchasing it with regular fiat, exchanging Ether for SAND, and by playing games within The Sandbox.

According to CoinMarketCap, SAND currently costs around $5.14 per token and has a market cap of approximately $4.7 billion. 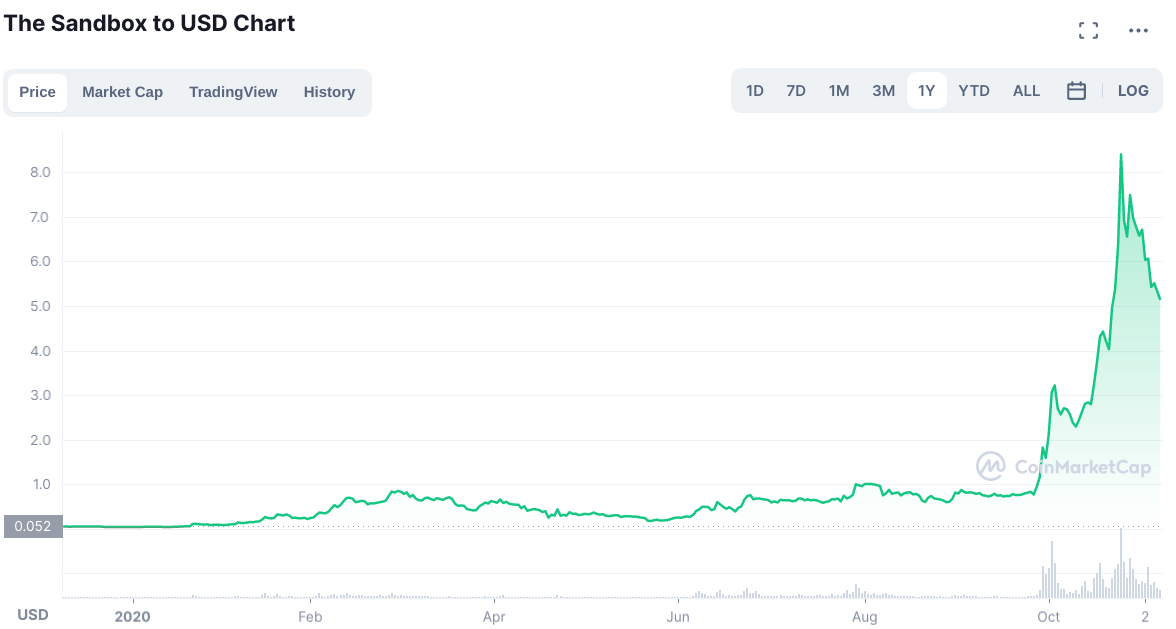 One of the most unique aspects of The Sandbox is that you can own virtual land within the game. This is because each LAND is an NFT that’s on the Ethereum blockchain. This means each piece of LAND is unique and you can actually prove ownership if you buy an NFT of it.

LAND might be the most interesting aspect of The Sandbox. There’s only 166,464 LANDS available, with each LAND being 96 by 96 meters in length.

Players can buy an individual LAND or combine multiple LANDS into an estate. But buying LAND doesn’t mean you get an NFT of a random corn field or house. Rather, players can complete several actions on LAND they own, including:

The future of virtual real estate is exciting! Who knows, at some point, owners of popular LANDs may be able to charge brands to advertise in a digital realm. The ways to potentially earn income on digital real estate are truly endless.

One key characteristic of metaverse games is that they usually let players buy and sell assets to each other. The Sandbox isn’t an exception. And its NFT Marketplace is where transactions take place.

The marketplace lets players purchase various assets with SAND. The assets you purchase can be placed on the LAND you own. You can also buy wearables for your in-game character.

Some assets cost hundreds or thousands of USD worth of SAND while others are fairly cheap. It’s honestly difficult to understand why one NFT avatar costs $25,000 USD but another costs $100 USD. But this sort of NFT pricing isn’t out of the ordinary.

The bottom line is the marketplace lets creators monetize their creations and helps players enjoy the game and create their own unique character and experience.

Another critical feature of The Sandbox is VoxEdit, the platform’s NFT creator. With VoxEdit, anyone can create their own NFTs and sell them on The Sandbox's NFT Marketplace.

The software has a modeler, animator, and NFT maker tool. It lets digital creators make and sell anything from beanie hats to medieval castles.

Creators keep 95% of all profits from sales. Additionally, The Sandbox also has a $2 million Creator Fund that’s accepting 1,000 artists. The goal of the fund is to have talented artists pumping out new and exciting creations for The Sandbox. In return, The Sandbox pays artists and promotes their creations on the marketplace.

You can host games on LAND you own in The Sandbox. And, with The Sandbox’s Game Maker tool, you can build 3D games without any prior coding knowledge.

The Game Maker tool has thousands of NFT models the community has built. The tool also has pre-built templates and behaviours that you can apply without needing any programming skills.

Once you create a game, you can share it with people and host the game on LAND you own. Game creators can monetize their games by charging SAND if people want to play.

How Do You Play In The Sandbox?

The Sandbox has an open Alpha version running from November 29th to December 20th, 2021. If you play the Alpha, you get 1,000 SAND and 3 NFTs and can explore some of the early limited content the developers are sharing.

The Sandbox is also giving away 5,000 Alpha passes which unlocks more explorable content. You can get an Alpha pass by:

However, you don’t need an Alpha pass to get a taste of what The Sandbox is all about.

What Does This All Mean For Investors & Creators?

Whether you believe in the future of the metaverse or not, this innovation is great news. For creators, games like The Sandbox open the door for new monetization opportunities. For gamers, expansion of the metaverse is one step closer to completely immersive VR games. Plus, they can now make money by actually owning their in-game assets.

The Sandbox, and the growing list of other metaverse projects, should excite investors too. Opportunities to invest in virtual real estate or in tokens like SAND that power these virtual realms will only increase over time. Or if you feel like that’s too much of a stretch, you can invest in more traditional companies that are hoping to power the metaverse, like the Facebooks and Nvidia’s of the world.

The bottom line is that more innovation is good for crypto, DeFi, and people. Only time will tell how successful different metaverse projects will be. But for now, there’s no denying that games like The Sandbox present exciting opportunities for creators, gamers, and investors alike. 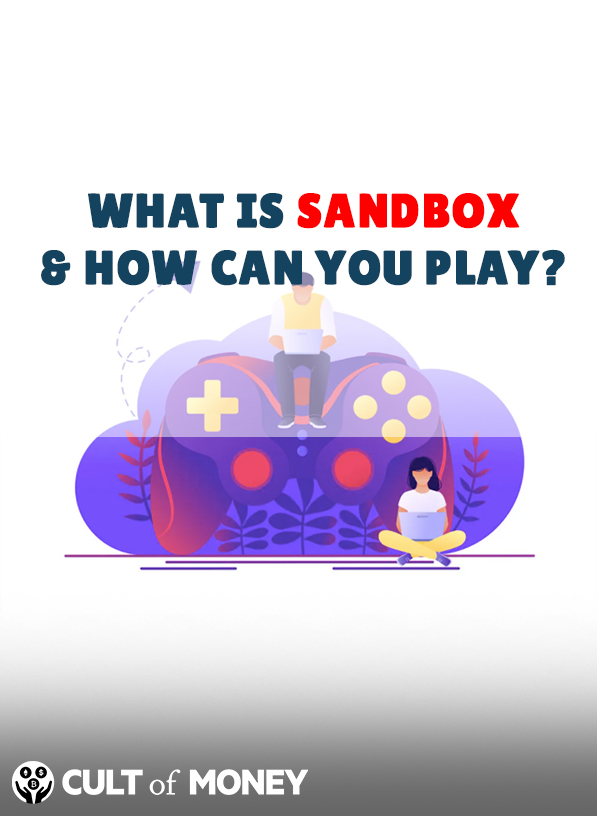