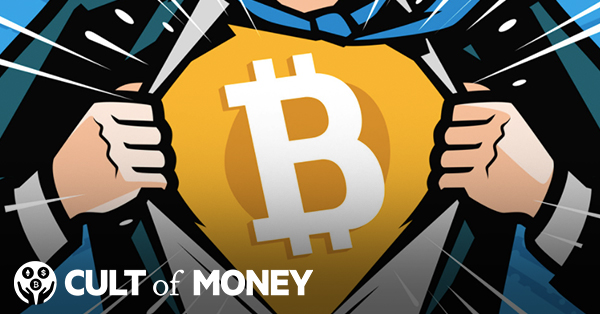 Most of the time, I’m a boring investor. The majority of my portfolio is in index products — mutual funds and ETFs that follow broad-based market indexes like the S&P 500.

But a portion of my portfolio includes experiments that could be considered speculation or even gambling.

Earlier this year, I ran a Dogecoin experiment and almost doubled my money in what was a wild ride of a few weeks. Along the way, I learned a lot about myself, as well as my emotional risk tolerance.

Table of Contents
I’ve Held Cryptocurrencies For Years
Starting My Dogecoin Experiment
What Impacts The Price Of Speculative Assets Like Dogecoin?
Setting Limits And Deciding When To Sell
Can You Afford To Speculate With Cryptocurrency?

First of all, Dogecoin is not my first crypto rodeo. I received my first Bitcoin in 2011 for an article I wrote. I hoarded that Bitcoin for a decade, sending it from wallet to wallet as more choices emerged for storing cryptocurrency. On top of that, I bought more crypto as it seemed interesting to me such as Ethereum, Litecoin, and Monero.

More recently, I’ve become interested in different, less well-known altcoins. I’ve used Coinbase, Robinhood, Kraken, Binance.US, and other apps and exchanges to access various tokens. I’m also staking with Tezos and Cosmos, using a portion of my liquid savings to earn a higher APY in the form of reward tokens.

So even though I laughed a little back in 2013 when Dogecoin was created as a joke, I didn’t think much of it. And I didn’t buy any of it. But I’ve been following crypto — and writing about it — for more than a decade.

In the past, I’ve tried just about everything, from day trading options to buying penny stocks. However, I don’t risk money I can’t afford to lose, and I try to set parameters for the experiment to limit my potential losses.

In April 2021, I, along with a couple of friends, decided to pool $2,000 and put it into Dogecoin, just to see what could happen. We used Robinhood for the experiment, since — at the time — it was one of the few mainstream places that offered exposure to Dogecoin. We put in our order in two stages:

When trading something like Dogecoin or other assets on "fee-free" apps like Robinhood, you’re most likely still paying a spread (the difference between the bid price and the ask price). So Robinhood still made money on the transaction.

It should also be noted that some of these apps (Robinhood being a prominent example) don’t allow you to export tokens to external wallets or other exchanges. Instead, you basically receive an IOU for the tokens. Robinhood says it’s working on its own crypto wallet and you should be able to actually own the tokens at some point in the near future. But it’s important to understand this distinction. Carefully check to see what you’re actually getting when you involve yourself in trading.

What Impacts The Price Of Speculative Assets Like Dogecoin?

When speculating (or gambling) on something like Dogecoin, it’s important to understand what could impact the price. Additionally, you need to understand that price swings are common.

Things that helped the price of Dogecoin included actions like the Dallas Mavericks announcing they would accept payment in DOGE, as well as Elon Musk tweeting about it several times. 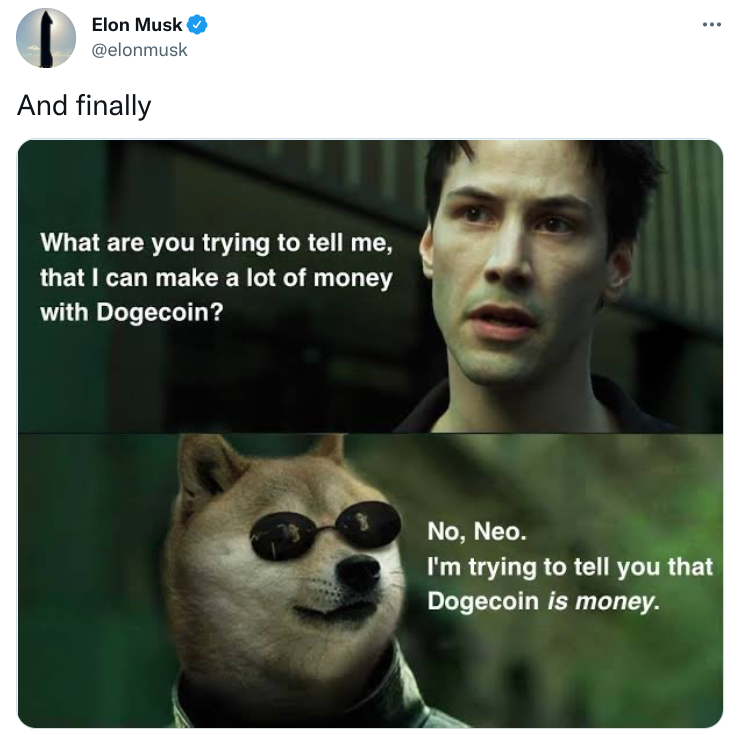 Additionally, prices tend to rise when people get interested in speculative assets. So in the wake of highly-publicized speculative events like GameStop and AMC, people were ready to try the next craze — maybe even hoping to get in a little earlier this time and make money instead of losing it.

Not only were people interested in DOGE, and not only was it getting easier to access, but on top of that, there was a rumor that an effort to push the price to $1.00 on 4/20 was underway.

One of the reasons I invested in Ethereum back in 2016 and 2017 was because I saw an underlying use case. Smart contracts, as well as the ability to develop apps and NFTs on the Ethereum blockchain.

Dogecoin, on the other hand, was created as a joke. The blockchain hasn’t really been updated since its inception, even though Elon Musk keeps insisting that he’s working with developers to make DOGE viable

Any time you get into speculation, you run the risk of everything falling apart before you can cash in. Lucky for us, that didn’t happen in our Dogecoin experiment.

Setting Limits And Deciding When To Sell

We also wanted to limit some of our losses. Recognizing that Dogecoin was volatile and that it could dip low, we decided that we would be willing to sell half our DOGE if it went as low as $0.20. But we still held out some hope that maybe DOGE could hit that $1 mark. (Spoiler: as of this writing, it hasn’t.)

In the end, we decided to sell in two stages again. We talked it over and ended up selling 6,699 tokens for $0.29856. Later, when the price hit $0.50 and we despaired of it even reaching our revised target of $0.75, we decided to unload our remaining DOGE.

Of course, DOGE eventually hit a high of right around $0.70. It could still potentially skyrocket higher. However, as of this writing, DOGE is sitting at right around $0.2294. 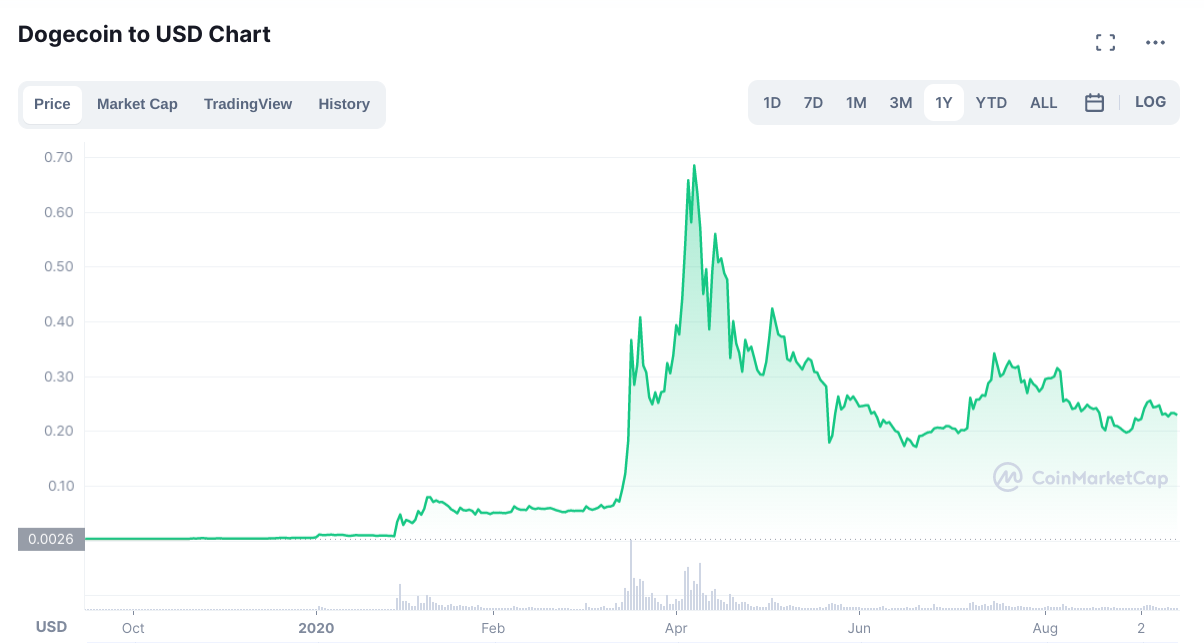 So even though we could have made more than we did, if we’d just held on for a few more days, the reality is that we ended up with extra money in the bank. We got out while we could still profit overall.

Can You Afford To Speculate With Cryptocurrency?

Our Dogecoin experiment turned out as a success for the following reasons:

In the end, only about 8% to 10% of my investments are devoted to alternative assets and experiments like this. That means the other 88% to 90% of my portfolio is incredibly boring.

Before you decide to speculate with Dogecoin or any of the other cryptocurrencies, it’s important to understand your objectives. Think through your risk tolerance and figure out if, and where, it fits into your overall portfolio.