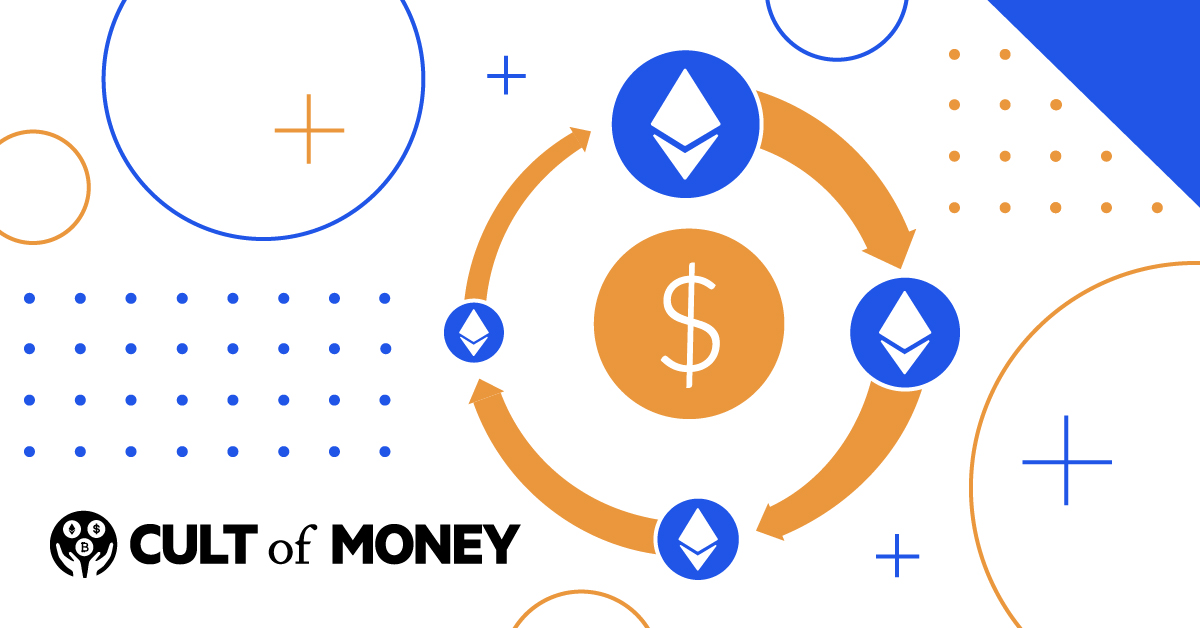 The results of the switch to proof-of-stake have many assuming that the Ethereum cryptocurrency coin, ether (ETH), is deflationary. After all, with validators being used for transactions instead of miners, more ETH is being burned than is being minted.

Let’s take a look at this switch and consider whether ETH is deflationary.

What Is A Deflationary Cryptocurrency?

When we talk about cryptocurrencies, we often think in terms of inflationary vs. deflationary.

How Did ETH “Turn” Deflationary?

According to reports, ether became deflationary when the net supply increase turned negative nearly two months after Ethereum’s switch to proof-of-stake caught up with the ETH burn rate. Here is what Coindesk reported on the numbers as of November 11, 2022:

“The negative inflation rate means ether's net supply has declined by 5,598 since Ethereum transitioned to a proof-of-stake (PoS) consensus mechanism of verifying transactions from a proof-of-work (PoW) mechanism on Sept. 15. Ether's supply would have increased by nearly 670,000 had Ethereum continued to use the PoW mechanism.”

There are a couple of factors that contributed to the idea of ETH turning deflationary:

So, at least for the moment, ether is considered deflationary because more ether was burned than was minted. The idea of net supply is sometimes used to indicate that ether is now deflationary.

The next question is whether the move to proof-of-stake, along with the process of burning a portion of user fees, will lead to ETH becoming a long-term deflationary asset.

One of the issues is that there is no cap on the supply of ether. At first glance, this could indicate that ETH could be a long-term inflationary asset. One of the reasons that a cryptocurrency might be considered deflationary is that it has a cap on the total supply.

For example, there will only ever be 21 million bitcoins minted and put into circulation. Enthusiasts see this as evidence that Bitcoin is ultimately deflationary and can protect against long-term inflation. Because the supply is limited, the idea is that a bitcoin will maintain its overall value and purchasing power over time.

Scarcity is also presumed to help cryptocurrencies maintain their purchasing power and value over time. If an asset or resource is considered scarce, the assumption is that it won’t decrease in relative value. Additionally, if more people use the cryptocurrency, increasing demand, a cap to max supply should keep it deflationary.

However, there is no max supply for ether. There’s the potential for an infinitely increasing supply of ether. So, over time, the idea is that it could actually be inflationary. But this is where the switch to proof-of-stake and the practice of burning a portion of fees could come into play.

The assumption is that the proof-of-stake model will slow the minting of new ether. Plus, the burning of some user fees removes ether from circulation. This is where the potential to become a deflationary cryptocurrency comes into play. If ether is introduced into circulation at a rate that’s slower than the burn, it is considered deflationary.

So, the real answer to whether ETH is deflationary has to do with the future of how the Ethereum blockchain is adopted.

Factors that Can Influence the Long-Term Deflationary Nature of ETH

Right now, there’s still some debate about whether the “turn” to deflation is a long-term effect or whether ETH is simply temporarily deflationary. As we move forward, certain aspects of the ecosystem make it more likely that ETH could be deflationary long-term, but it’s by no means certain. Here are some things to keep in mind.

Under proof-of-work, the supply of ETH increased at a rate of about 13,000 ether per day. That’s been dramatically cut under a proof-of-stake model, where the issuance rate is closer to 2,000 ETH daily.

With a slowing issuance rate, fewer ether are being minted each day. Even though there is still no supply cap on ether, the fact that there are fewer ETH in circulation makes a difference. Slower supply growth can contribute to a deflationary nature if other conditions are met.

One of the biggest keys to whether ETH is deflationary long-term revolves around wider adoption and use of the Ethereum ecosystem, as well as an increased demand for blockchain technology and cryptocurrencies in general.

For now, even though there are use cases for blockchain technology, and Ethereum is one of the most popular places for developers to build their own blockchains (and issue their own tokens) and a number of Layer 2 solutions have been implemented, it still hasn’t reached critical mass in the public.

If an increased demand for ETH can help it maintain its price, and if network use supports a burn rate that offsets the issuance rate, then there’s a good chance that ETH will be a long-term deflationary cryptocurrency.

Finally, even if the burn rate can offset the issuance rate and the net supply contributes to a deflationary nature, the price of ETH can make a difference in the long run.

So far, there’s been good support for ETH in the $1,000 to $1,200 range. As long as there isn’t a massive (and permanent) collapse in the price of ETH relative to the U.S. dollar, there’s a good chance that ETH could remain deflationary.

If ETH can hold its relative value, while the net supply remains in deflationary territory, the ability to use ether to purchase goods and services and participate in the Ethereum and wider blockchain ecosystem can be maintained.

From that standpoint, a price collapse might not ruin the deflationary character of ETH.

Even though some agree that ETH has moved into deflationary territory, whether or not the cryptocurrency retains that character remains to be seen. How the current crypto winter is weathered and whether blockchain technology is ultimately adopted on a wide scale is likely to impact ETH. 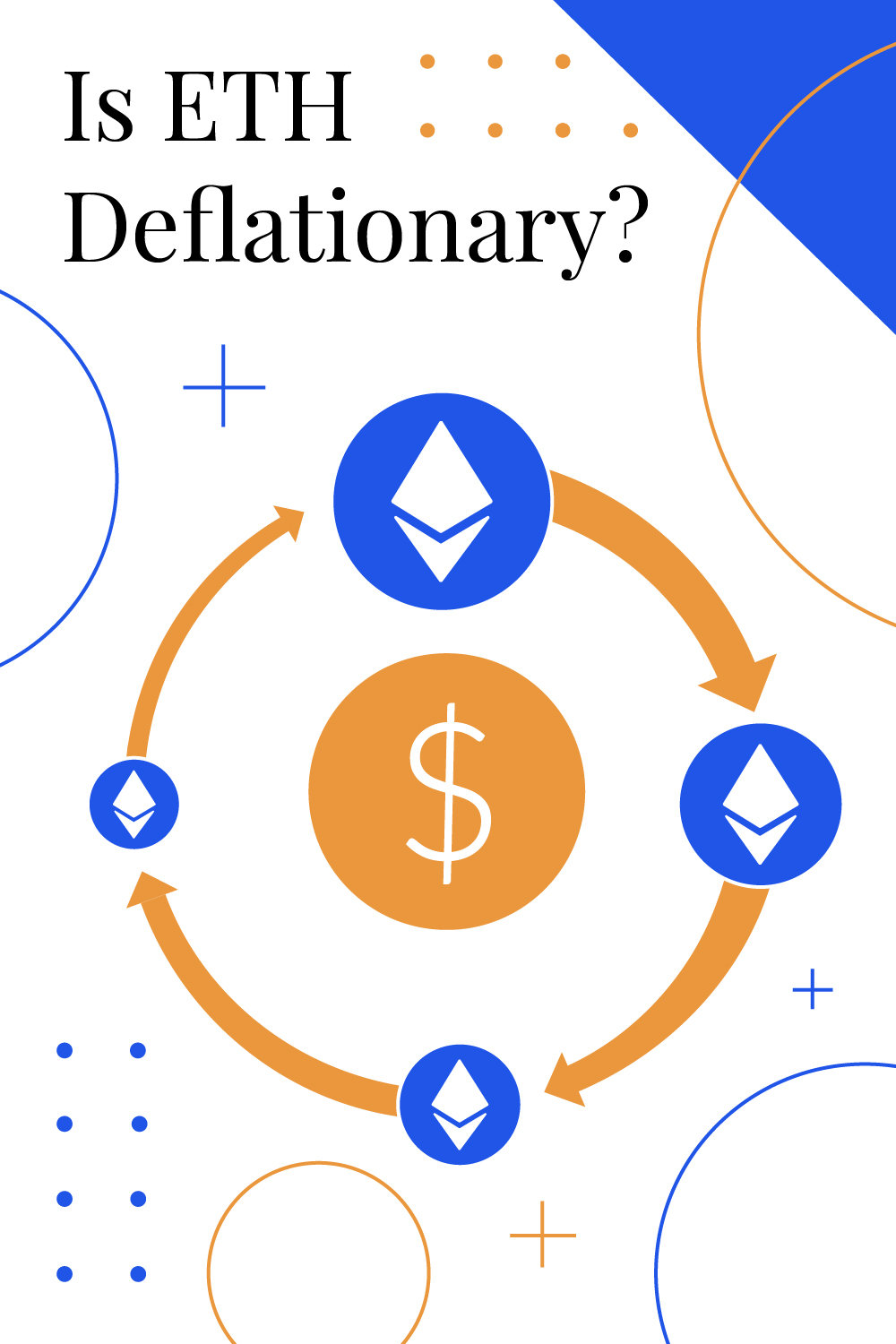