One of the ways that cryptocurrency is changing how we interact with money is how easy it is to complete transactions around the world.

However, if you’re someone who has money in foreign bank or brokerage accounts, you’re probably familiar with FBAR reporting.

So how does FBAR reporting for cryptocrrency taxes work? Are you going to need to fill out the paperwork for crypto assets held on a foreign cryptocurrency exchange or with some other decentralized organization?

For now, the short answer is "No." But the longer answer starts with, “Not yet.” In light of the possibility that you’ll have to start reporting your crypto assets held on exchanges and other blockchain organizations based in other countries, let’s take a look at how the FBAR works and what you might expect in the future.

Table of Contents
What Is FBAR Reporting?
FBAR Filing Requirements
Is FBAR Reporting Required For Cryptocurrency Taxes?
How To File An FBAR
Are There Penalties For Not Filing An FBAR?
What About Form 8938?
Foreign vs. Domestic vs. Decentralized Exchanges
The Bottom Line

What Is FBAR Reporting?

The Foreign Bank Account Report (FBAR) is designed for you to let the government know what assets you hold in financial institutions overseas. You don’t actually file your FBAR as part of your tax return. Instead, you file it with the Financial Crimes Enforcement Network (FinCEN), which is a division of the Treasury Department.

Depending on your situation, after you file your FBAR, you might need to fill out another form for your tax return, Form 8938. The FBAR is meant to help the Treasury Department get an idea of how much money you have overseas so that you're less likely to commit tax evasion using foreign accounts.

You’re supposed to fill out an FBAR if your total account balance in foreign accounts is more than $10,000. So, if you have $5,000 in a checking account held at a bank in Canada and another $5,000 in securities at a Hong Kong-based brokerage, you will need to file the FBAR.

However, it’s important to note that the IRS wants its cut from what is considered a “U.S. person” — not just citizens. If you have a total account balance of more than $10,000 in financial institutions outside the country, you probably need to fill out the FBAR if you are a:

In general, FBAR requirements apply to accounts with joint ownership as well. If you have an individual account and also a joint account, each held outside the U.S., if the total balance of those accounts exceeds $10,000, you probably still have to fill out the paperwork.

As of this writing, there’s an FBAR exception for cryptocurrency holdings. According to a FinCEN statement from 2020, accounts only holding virtual currencies aren’t subject to FBAR reporting.

The only time you’d have to report such an account is if it held reportable assets as well as cryptocurrencies (such as fiat dollars). Basically, if you’re keeping money at a cryptocurrency exchange based outside the U.S., you aren’t required to fill out an FBAR...right now.

However, that exception might not remain in effect much longer. While the FinCEN statement acknowledged that crypto assets aren’t subject to reporting, it also states that the agency plans to amend its current regulations to make crypto holdings held with foreign exchanges a type of reportable asset.

So while you don’t currently need to worry about FBAR reporting for cryptocurrency taxes (unless you have a foreign brokerage account holding both virtual assets and more traditional assets), there’s a very good chance that you will in the future. In fact, some of the best crypto and NFT tax software already offer FBAR reporting in anticipation of these expected changes.

How To File An FBAR

First of all, you need to file your FBAR by April 15 for the previous calendar year, similar to your tax filing deadline. Keep that in mind as you prepare your finances during tax time. It can make sense to include the FBAR, even you don’t end up filing the paperwork with the IRS.

In order to file an FBAR, you need to have the name of the account holder, and know what type of number designates your account. You also need the name and address associated with the institution that offers the account to you. 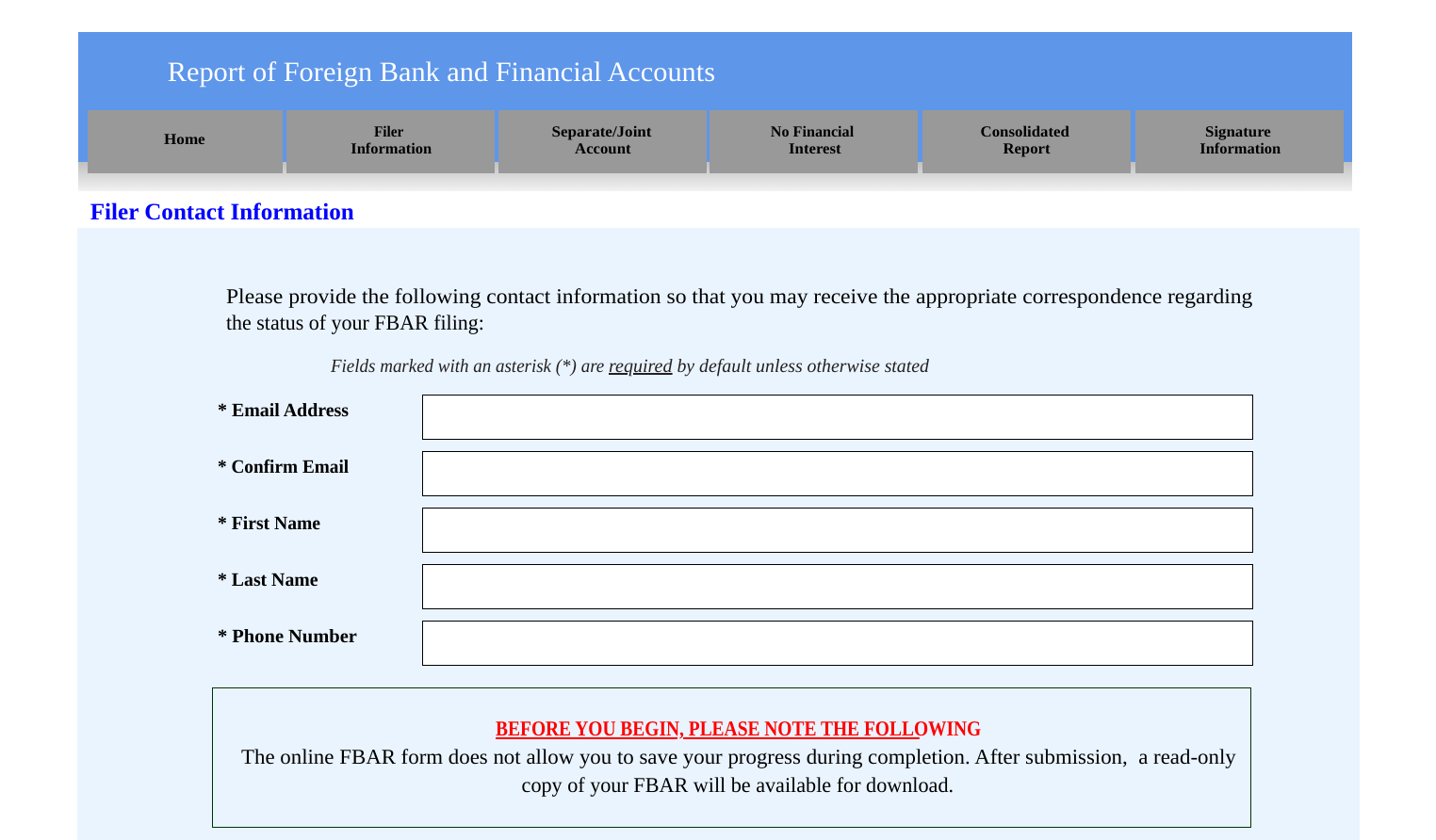 Because there’s an expectation that crypto accounts will need to be reported in the future, FinCEN will need to tweak the forms a little.

For example, when filling out an FBAR, you would share the type of account, such as a bank or a brokerage. However, when dealing with cryptocurrencies, you might need to have a designate that reflects a crypto exchange or that points to a DAO (if you’re participating in a DAO with a foreign address).

On top of that, the account might not be the right designation for cryptocurrency assets. When the guidance changes and the new reporting form is prepared, pay attention to the terms used.

Are There Penalties For Not Filing An FBAR?

Because FBAR reporting for cryptocurrency taxes isn't currently required, you don’t have to worry about penalties unless you have other assets being held in foreign bank or brokerage accounts.

If you should have filed an FBAR, but didn’t, there are penalties, based on your intent and motivation:

It makes sense to pay attention to the news surrounding the FBAR, as well as other regulations relating to cryptocurrencies and other digital assets. The Treasury Department is trying to keep up, and so we’re likely to see more guidance in the coming years.

The IRS hasn’t provided specific guidance on how to report accounts holding crypto assets. So, if you keep some of your crypto on an exchange with an overseas address, the IRS hasn’t said what you have to do about it. Some experts think this means that you don’t need to worry about Form 8938 if you have crypto assets. Other experts, though, point out that it might make sense to file, just in case it turns out that you should have.

Experts expect that the IRS will issue more guidance on cryptocurrencies, at some point, including making sure taxpayers know they need to use Form 8938. Even if that happens, you'll only need to file Form 8938 if you meet a minimum threshold total of foreign assets across different accounts. The threshold depends on your tax filing status:

However, even though you might not have as much in financial accounts on a specific day, you did (at one point) have total assets of $80,000 in foreign accounts. By that portion of the rule, you need a Form 8938.

Foreign vs. Domestic vs. Decentralized Exchanges

While there are no FBAR reporting requirements for foreign crypto assets right now, there might be requirements later. As a result, it can help to know which cryptocurrency exchanges are based outside the U.S.

Understanding the implications of FBAR reporting for cryptocurrency taxes (or the possibility that you might need to include a Form 8938 with your tax return) can help you decide whether you want to keep your assets with foreign accounts.

Some of the best-known foreign exchanges include:

Generally, if an exchange's corporate headquarters is located outside the United States, it's likely that it will be viewed as a foreign account for U.S. tax purposes.

For those more interested in being safe, there are a number of exchanges that “count” as being in the U.S.  Popular U.S. exchanges include:

Using these exchanges can smooth your tax filing since they don't need to be included on an FBAR. But you should carefully consider your long-term financial goals before you move your money based on FBAR reporting requirements alone or other regulations.

Decentralized exchanges like Uniswap and SushiSwap might never be subject to FBAR reporting. In many cases, figuring out an address for decentralized exchanges isn’t practical. As a result, you might not have to worry about those assets as long as your crypto wallet provider is based in the U.S.

Related: Centralized vs. Decentralized Exchange: Which Should You Choose?

For most people who have more than $10,000 across foreign accounts during a year, filing the FBAR is a requirement. However, FBAR reporting for cryptocurrency taxes is the main exception right now.

Virtual assets aren’t recognized for reporting. Down the road, though, there’s a good chance that FinCEN and other regulatory agencies will review the current situation and create more regulations for crypto assets. 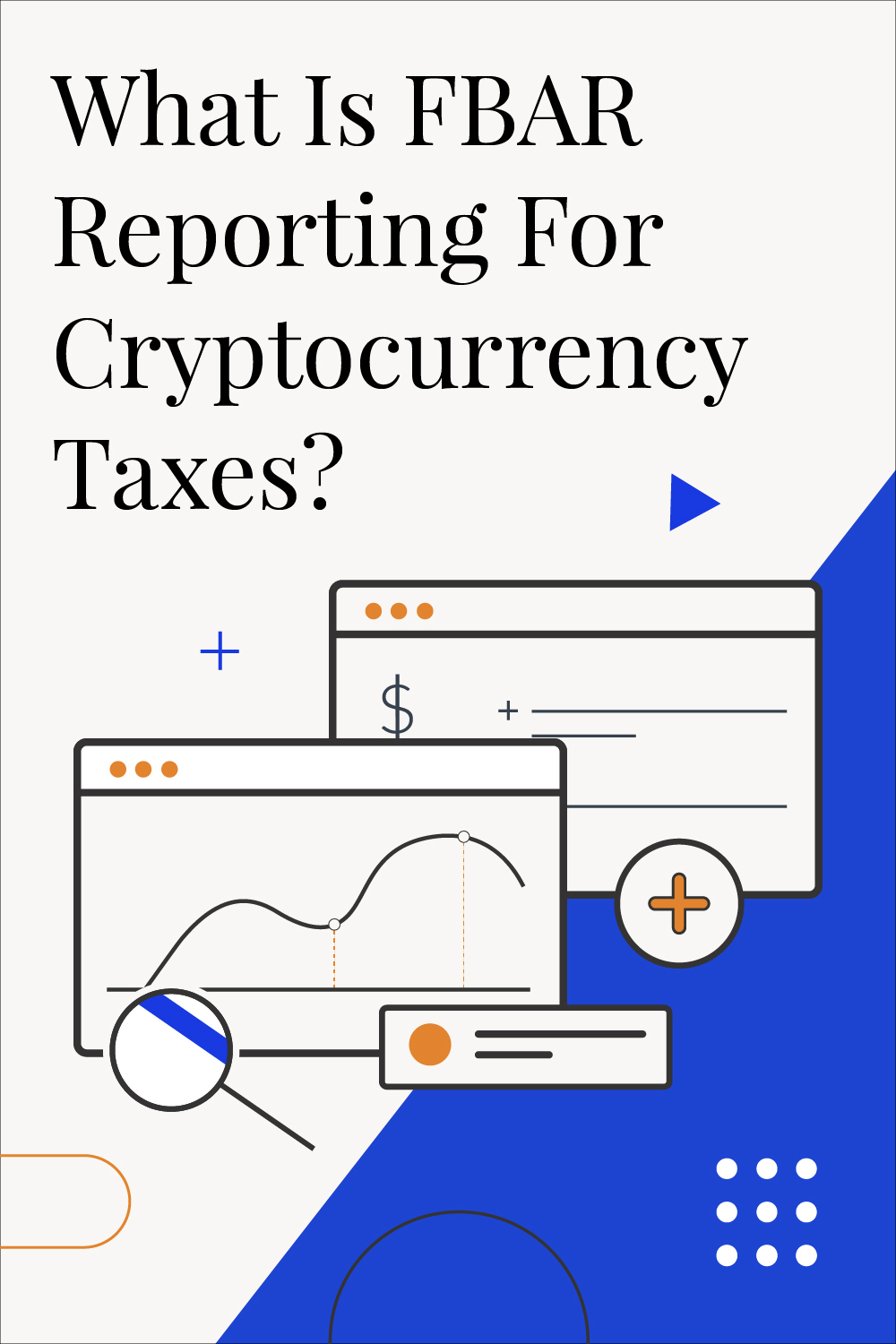