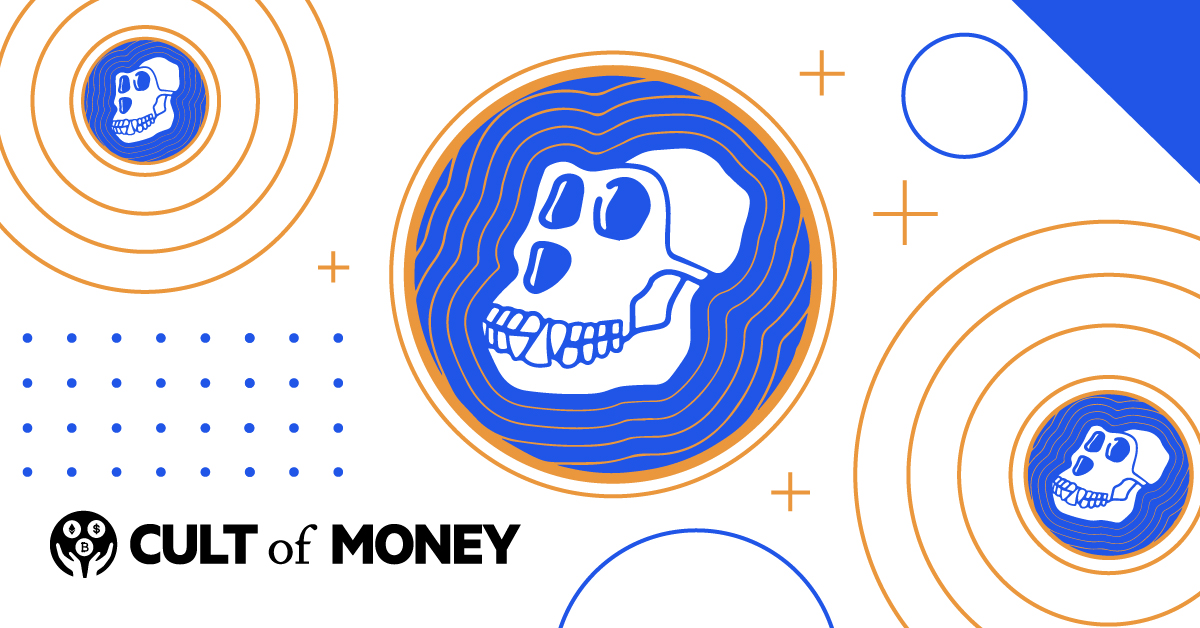 Have you heard of Bored Apes? If you're a fan of non-fungible tokens (NFTs), then you probably have.

But this massive NFT ecosystem is more than just a few successful NFT collections. In fact, it's recently launched its own governance and utility token, ApeCoin, which ranks in the top 50 cryptocurrencies by market cap.

Here’s a look at the multi-billion dollar Bored Ape NFT and cryptocurrency landscape so you know how it all works and can make more informed investment decisions for your crypto portfolio.

About ApeCoin & The Bored Ape Ecosystem

The Bored Ape NFT family is one of the largest NFT collections in terms of value. It was created by Yuga Labs, an NFT-startup that now has a $4 billion valuation.

While the name and images are pretty silly, Bored Apes have grown into a serious cryptocurrency ecosystem. The original Bored Ape NFTs sell on OpenSea for around $50,000 on the low end to many millions on the high end.

Yuga Labs is also responsible for launching ApeCoin, an Ethereum-based token that skyrocketed into the top-50 digital currencies by market capitalization. Traded using the symbol APE, the currency maintains a $4 billion total market value as of this writing.

ApeCoin is also the utility and governance token for the entire Ape NFT ecosystem. And though the ApeCoin DAO, or decentralized autonomous organization, token holders can vote on upcoming changes to the token and future projects.

Finally, ApeCoin also serves as a transactional token for the NFT ecosystem. Yuga Labs is using APE as the token for its new collections and offerings.

In short, ApeCoin is the token that powers the massive Ape NFT world and future Web 3.0 projects for Yuga Labs. But before deciding to potentially invest in the token or any NFTs, it's important to know what your options are.

The original Bored Apes came from the Bored Ape Yacht Club collection. This release of 10,000 unique NFTs is one of the most popular collections of all time.

According to NFT statistics trackers, the average Bored Ape currently goes for about $400,000 worth of ETH; more than the average cost of a house in the United States.

The Bored Ape NFT series launched in April 2020 priced at $190 each. Celebrities have used their Bored Apes as Twitter profile pictures, including Eminem and Elon Musk. Timbaland, soccer star Neymar Jr., Jimmy Fallon, Paris Hilton, and Justin Bieber are all among the known community of Bored Ape holders.

Owners of Bored Apes can access members-only sections of the BoredApeYachtClub.com website. These NFTs are also so recognizeable and are almost a status symbol of sorts in the NFT community.

While OpenSea is one of the most notable platforms to buy Bored Apes, any Ethereum NFT marketplace can potentially facilitate a transaction.

Mutant Ape Yacht Club is a collection of 20,000 additional Ape NFTs. These are created with current Bored Ape NFTs combined with “mutant serum” as well as through public sales.

When launched in August 2021, Mutant Apes brought in nearly $6 million for Yuga Labs. NFT Stats shares that this NFT series sold $107.2 million in volume over the last week spread across 1,158 sales, giving these an average value of $92,600.

While they’re far less valuable than the original Bored Ape series, a set of 20,000 digital assets worth nearly $100,000 each is an NFT collection that’s noteworthy in its own right.

With 10,000 original Bored Apes, this series is capped at 10,000 NFT pets. Each Kennel Club NFT is an image of a dog meant to keep the Bored Apes company while hanging out in the Yacht Club.

Bored Ape owners who purchase “Mutant Serum” can create new breeds of Bored Apes, similar to the initial mutant series discussed above. But each serum isn’t the same, and one NFT enthusiast recently paid more than $3 million for a “Mega Mutant Serum” NFT.

The serums were initially issued to existing Bored Ape holders as an airdrop in August 2021. As for recent sales, 54 serum NFTs were sold last week for $9.09 million worth of ETH, or an average of $168,000 each.

Yuga Labs orchestrated a massive NFT launch with its Otherside launch, a sale of virtual land used in the upcoming Otherside metaverse project from the Bored Ape creators.

The colossal launch generated $285 million for the company as it sold off a limited supply of 55,000 parcels, known as Otherdeeds. The parcels sold initially for $7,000 each, only available in Ape Coin.

The launch was so big that it clogged up the Ethereum network and led to more than $176 million in Ethereum gas fees over 24 hours. After it “broke” the Ethereum blockchain, the founders discussed moving Ape Coin and Bored Ape NFTs to a different blockchain that can better handle the scale and demands of this popular series.

The crash also caused a plunge in the value of ApeCoin as some investors are skeptical about Yuga Labs' ability to successfully break into the metaverse following the fiasco.

Should You Buy ApeCoin & Bored Apes?

If you can afford a $400,000 NFT, there’s no guarantee that it will retain that value. While you can hope to sell it for a profit in the future and pick up some cool airdrops and other Ape digital swag, there’s a possibility that they could plunge in value to zero.

The most likely scenario is for Bored Apes to continue unimpeded. With a new metaverse game on the horizon and a quick path for the company to raise hundreds of millions of dollars by releasing new Bored Apes, they probably won’t stop going ape any time soon.

As for ApeCoin, it's also a speculative investment like the various Ape NFT collections.

Currently, ApeCoin costs around $9.30 per token according to CoinMarketCap. This is down from a historical high in early 2022 of over $26. And since the tokens launch, it's largely traded sideways before peaking and then crashing with the messy Otherside launch. 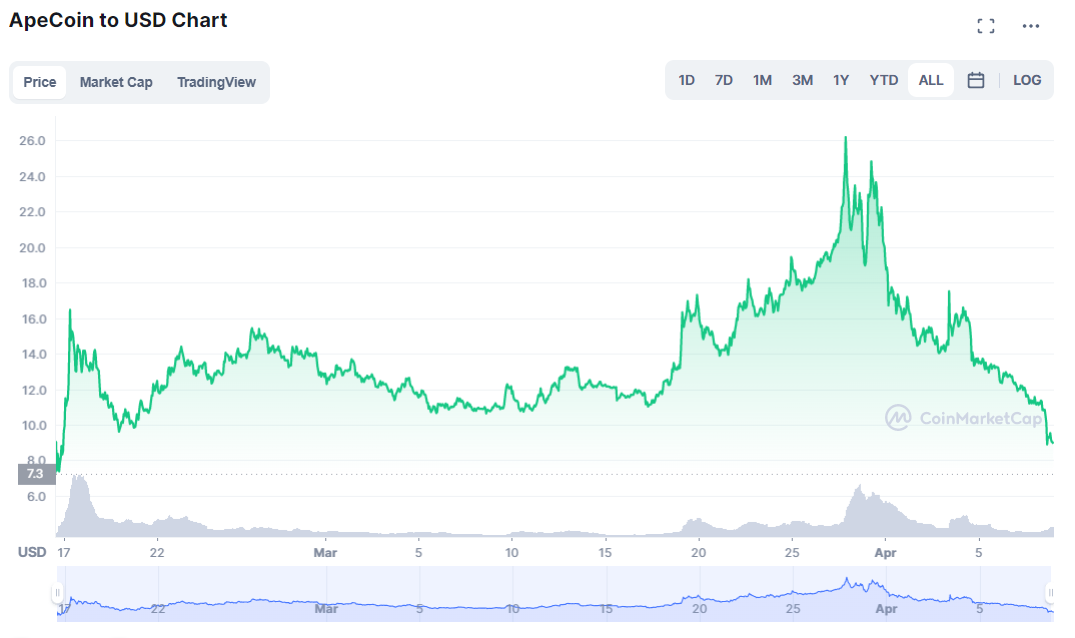 If you believe in the future of Yuga Labs and the Bored Ape ecosystem, ApeCoin could be worth investing in. But again, it's an incredbly speculative investment, and only time will tell if Bored Ape can successfully break into the metaverse.

As one of the most valuable NFT collections in the world, Bored Ape Yacht Club is certainly one NFT project you should keep your eyes on. And with its new utility token ApeCoin and metaverse ambitions, the future is certainly bright and exciting for Yuga Labs.

Investors should still do their due diligence and remember that investing based on social sentiment is a risky game. But if Yuga Labs successfully breaks into the metaverse, it could see even more success for its iconic NFT collections and new token.

And remember: there are numerous other crypto-based NFT projects and games you can explore besides Bored Apes. The Sandbox and Axie Infinity are two other popular projects, each with their own tokens as well that investors can consider. 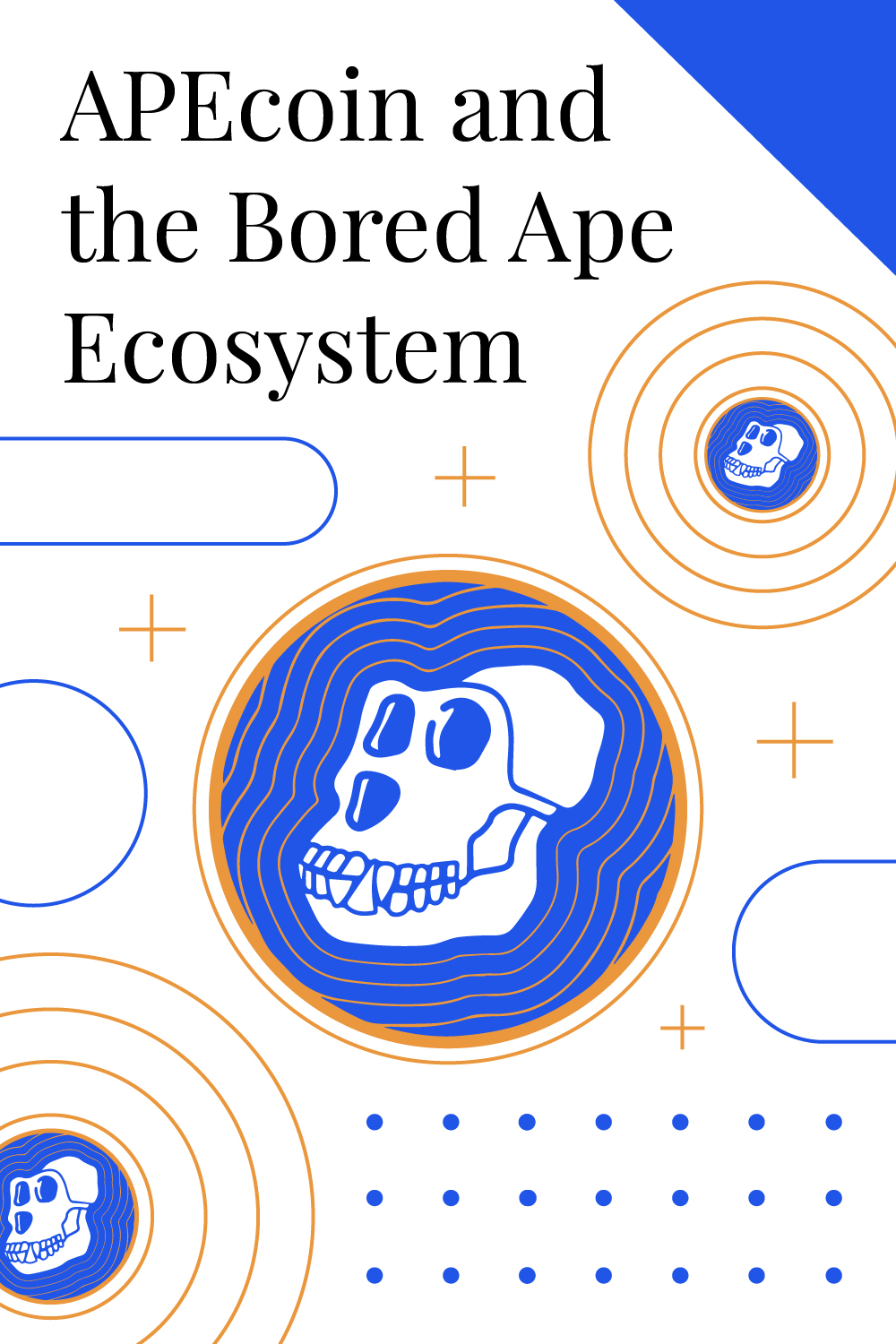