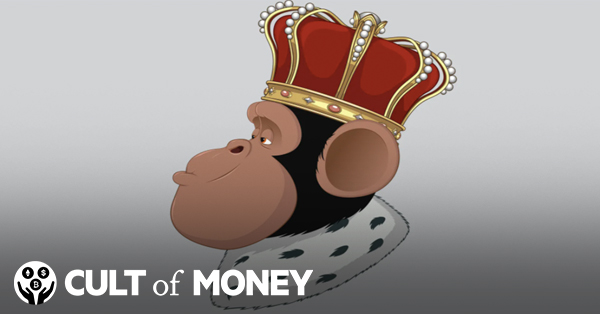 In the world of decentralized finance (DeFi), there are a number of uses for non-fungible tokens (NFTs). These tokens can be used to verify ownership of both digital and real-world assets and track the provenance of valuable art pieces and even wine.

However, NFTs are also collectibles, much like you might look for that rare Black Lotus card from Magic: The Gathering. The Bored Ape Yacht Club features some of the most popular (and expensive) collectible NFTs on the market right now.

Before you open your crypto wallet and pay for one of these Bored Apes, it’s important to understand what they’re about. Here’s what you need to know.

They do provide a verified smart contract address. And it’s also possible to track the provenance on the website, including a hash string.

The Bored Apes are NFTs with different characteristics. For example, some of the apes have gold fur or laser eyes. Some of the traits are rarer than others, which can lead to expensive NFTs.

The Bored Ape NFTs exist on the Ethereum blockchain and can be purchased on the NFT market OpenSea. Originally, all of the Bored Apes were offered on a first-come, first-served basis and cost the same amount of money. But all of them were claimed rather quickly, so now you can only get them on the secondary market.

When you own a Bored Ape NFT, you not only have ownership of the digital asset, but your token serves as a “ticket” into the Yacht Club. There’s a members-only area known as The Bathroom, where you can leave digital graffiti. Additionally, there are supposed to be other perks involved with membership.

Finally, owning one of the NFTs gives you full commercial rights. You could potentially set up a Twitter account for your Bored Ape, as well as create an entire backstory and life for your NFT. In fact, one Bored Ape, known as Jenkins, has been signed to a Hollywood agency and even has a biography in the works.

In addition to owning a Bored Ape, the Yacht Club also offers different ways to modify your Ape’s situation. For example, you can purchase digital vials of a mutant serum.

When you mix this serum with your Bored Ape, a new NFT is created — a Mutant Ape. Because Mutant Apes are completely separate and new NFTs, they can also be sold on the secondary marketplace.

How Much Do Bored Ape Yacht Club NFTs Cost?

Originally, when the Bored Ape Yacht Club launched in April 2021, each of the NFTs sold for 0.08 ether, which amounted to close to $190 at the time. All of the apes sold out in less than a day, and now some of them sell for hundreds of thousands of dollars.

It’s possible to buy and sell Bored Apes using the auction set up on OpenSea by the Bored Ape Yacht Club. The listed floor price for Bored Apes on the auction, as of November 28, 2021, was 46 ether, or approximately $186,208.

How much a Bored Ape costs depends on a number of factors. First of all, those with the rarest traits are considered more valuable. When looking at a Bored Ape on the marketplace, you can see which characteristics they have, and how many others have the same trait. For example, only 5% of Bored Apes have red fur and 3% have a biker vest.

Additionally, the cost in dollars depends on how much ether is worth relative to the dollar when you make your purchase. And, because transactions take place on the Ethereum blockchain, it’s important to account for gas.

How To Buy A Bored Ape NFT

Right now, the easiest way to buy a Bored Ape is to head to the collection on OpenSea.

In order to purchase an NFT on OpenSea, you need to connect your crypto wallet to the marketplace. Once that’s done, you can make purchases, and also see what NFTs you own.

Listings on OpenSea include characteristics, including letting you know how rare a trait happens to be. You can also see what it last sold for. Understanding these items is important if you want to make a choice that makes sense. After all, you’ll be spending a lot of money, so you want to carefully consider your purchase before you move forward.

It’s possible to use a buy now feature to pay a fixed price if it’s offered. In some cases, though, you have to bid, much as you would when trying to get an item on eBay or some other auction site.

In March 2022, BAYC launched ApeCoin - their governance and utility token. This token trades under the ticker "APE".

Due to the huge popularity of BAYC, APE has also been seeing massive success. If you're a holder of BAYC or MAYC NFTs, you're eligible to claim your APE tokens by June 15, 2022.

Everyone else who wants t invest in APE needs to buy it on an exchange. Popular exchanges like Coinbase, Gemini, Binance, and Uphold all support the Ape token as of launch.

One of the questions many people ask is this: Why would someone buy an NFT? It’s basically a token that tells you that you own the proof of ownership. Plus, anyone can see the NFT and even take a screenshot of it.

Well, similar to artwork in the offline world, that proof of ownership is important. Sure, there are prints of Starry Night by Vincent Van Gogh. But those aren’t nearly as valuable as the original painting. If you can show the chain of ownership of that painting, and you have it in your possession, it’s worth millions.

NFTs are somewhat similar. If you have that proof of ownership, you have a potentially valuable digital asset because you’re the only one who actually owns the original. There are other reasons that NFTs can be valuable, though, such as:

Bored Apes are similar to many other collectibles. Ultimately, there’s a great deal of subjectivity in determining their value. A Bored Ape is worth what someone is willing to pay for it — just like antiques, baseball cards, or comic books.

The Bored Ape Yacht Club offers an interesting development in the world of NFTs. However, these NFTs can be expensive.

For newbies, it might make sense to look for less expensive NFTs to experiment with. There are thousands of NFTs on marketplaces like Rarible and OpenSea, so you can start small.

Finally, make sure you aren’t risking money you can’t afford to lose. Many experts recommend that you limit your exposure to alternative assets, particularly crypto investments so that you don’t end up with big hits to your overall portfolio. 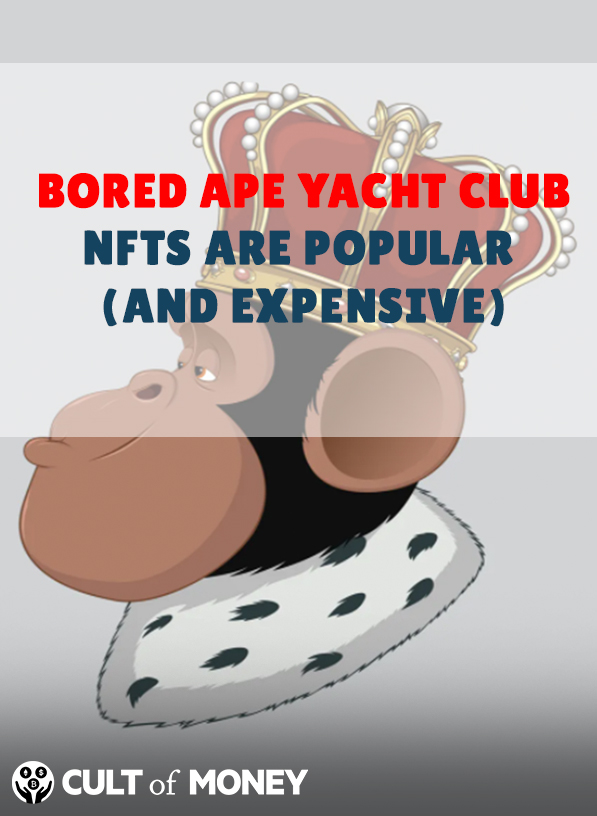