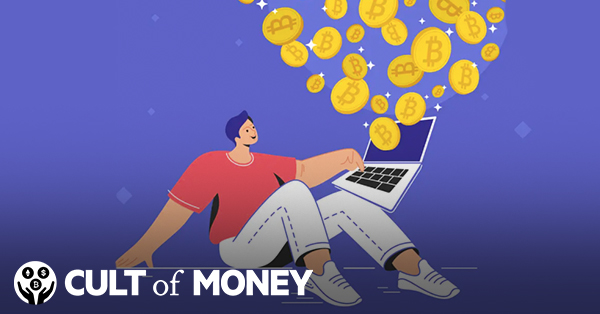 For cryptocurrencies like Bitcoin, miners are what keep the blockchain operational. This is because mining involves solving complex algorithms to verify transactions between users and adding new blocks to the blockchain

On that note, hashrate refers to how much computing power is being used by miners. The total hashrate for a cryptocurrency comes from mining operations around the world. But what if one person or one group of miners controlled a majority of the hashrate?

A 51% attack on cryptocurrency is this exact scenario. And it lets hackers double-spend coins and potentially steal millions of dollars in crypto. This threat of a rogue mining group taking over a network’s blockchain might sound like the end for crypto, but thankfully, it’s extremely costly to pull off. Even so, cryptocurrency investors should still know what a 51% attack is and the risk it poses for cryptocurrency.

A 51% attack is when a miner or group of miners control of over 50% of a network’s hashrate. A 51% attack is also known as a majority attack and the impact on a blockchain can be devastating.

Cryptocurrencies like Bitcoin that operate using proof-of-work (PoW) require mining to verify transactions on the blockchain. In simpler terms, miners have to work to ensure that when two people exchange Bitcoin, that transaction is updated on the ledger so there’s an accurate record.

With a 51% attack, it’s possible to prevent this transaction confirmation or simply halt transactions altogether. Furthermore, the greatest risk of a 51% attack is that attackers can reverse transactions after they complete. This is known as double-spending coins, and it’s essentially the same as spending $20 on groceries, getting your groceries, and then snatching your $20 back.

As we already mentioned, 51% attacks are extremely rare because the cost to achieve a majority hashrate on a network is usually immense. This is because mining has high energy and hardware costs so achieving the majority of computational power is expensive.

However, it’s still important for investors to understand how 51% attacks work. And this especially true if you’re investing in smaller cryptocurrency projects where a lower hashrate can increase vulnerability to a majority attack.

You might be wondering why having a majority of hashing power can potentially disrupt an entire blockchain. The reason 51% attacks work is because cryptocurrencies like Bitcoin use Proof of Work.

With PoW, miners validate new transactions. But miners in the network have to collectively agree that a miner actually did work and found a valid solution before adding a block. This is also known as "reaching consensus" or the "consensus mechanism."

Normally, this process runs smoothly and new transaction information is updated to a distributed, public ledger so everyone in the network has an identical picture of what’s going on.

But if the network can’t reach a consensus on which blockchain is valid or not, it defers to the longest chain. This is because the longest chain theoretically has the most work behind it and a longer history of valid transactions.

However, if attackers seize over 50% of mining power, they can begin mining a copy of the network’s blockchain in private. Since the attackers have a majority of hash power, they’re also mining faster than everyone else. This means the attackers add blocks faster and begin building a longer chain than the current accepted chain.

Once the attackers achieve the longest chain, the network defers to that chain, and this is where attackers can begin adding blocks with fake history to double-spend coins and even halt new transactions from being recorded.

Examples Of 51% Attacks In History

Getting a majority of mining power and maintaining that power for long periods of time is incredibly difficult. However, there are examples of 51% attacks throughout crypto’s history that demonstrate how powerful these attacks can be.

In May 2018, Bitcoin Gold suffered a 51% attack which led to approximately 388,000 BTG being stolen through double-spending. At the time, this was over $18 million worth of BTG.

In 2018, the cryptocurrency was one of the top ten by market cap. But following the 51% attack and security concerns from various cryptocurrency exchanges and investors, the coin’s price began to plummet. Another (albeit smaller) 51% attack in 2020 all but sealed the deal for BTG which now sits around 87% lower than it’s all-time highest price.

This is a prime example of how a 51% attack can have a direct impact on the value and adoption rate of a coin.

At the time, this was roughly $271,000 worth of ETC. In this case, Gate.io stated it would “take all the loss for the users,” so investors weren’t hung out to dry. But once again, this 51% attack demonstrates how much theft can occur with just a brief period of hashrate control.

Interestingly, this 51% attack was actually done to protect the integrity of Bitcoin Cash rather than to double-spend.

According to CoinDesk, two mining pools joined forces to conduct a 51% attack to reverse fraudulent transactions by a lone miner following a bug in the network.

Essentially, the miner could access coins that didn’t belong to them. So this 51% attack was done to reverse those fraudulent transactions.

Could Bitcoin Suffer A 51% Attack?

There have been numerous examples of 51% attacks throughout crypto’s history. But could Bitcoin or other popular coins suffer one?

Thankfully, the odds of a 51% attack working on Bitcoin or other cryptocurrencies with high hashrates is extremely unlikely. The sheer cost to achieve a majority of Bitcoin’s hashrate is unrealistic. And the same goes for many other popular cryptos.

According to Crypto51, which records the theoretical cost to carry out 51% attacks on various PoW cryptos, it would cost nearly $2 billion to attack Bitcoin for one hour. And even in this event, it’s unlikely attackers could change more than a few recent transactions for a very brief time.

In short, it’s highly unlikely Bitcoin can suffer a serious 51% attack. Even if popular cryptocurrencies have an attack, it wouldn’t mean the end of crypto altogether. Developers still have the power to modify a network’s protocol and could make upgrades to protect against future attacks.

What Does This Mean For Investors?

Miners in a 51% attack can double-spend coins and block transactions from being confirmed. However, they can’t steal cryptocurrency from your wallet or create coins from thin air and tank the value of the market.

So if you’re just HODLing your coins or are earning interest with platforms like BlockFi or Celsius, you’re largely safe. Plus, if you invest in popular cryptocurrencies that have a large network, the odds of a 51% attack become slimmer.

Furthermore, some cryptocurrencies operate using Proof of Stake (PoS), which requires owning that particular cryptocurrency to validate transactions on the blockchain. For PoS, an attacker would have to own 51% or more of the total cryptocurrency in question to execute an attack; And this would obviously be quite counter-productive since such an attack would hurt the price of the coin the attacker is holding.

In short, 51% attacks aren’t a concern if you invest in well-known, established coins. However, be wary of coins with extremely low market caps and not much history since these are more vulnerable to things like majority attacks or pump-and-dump schemes.

Should You Still Invest In Cryptocurrency?

If you want to diversify your portfolio and are curious about crypto, you have numerous investing options.

For starters, popular exchanges like Coinbase or Binance make it simple to buy dozens of different cryptocurrencies with money from your bank account. From there, you can hold your crypto or explore various passive income options like earning interest with your crypto.

But if you choose to invest, you have to take security seriously. This means protecting your exchange wallet address and account information. It could also mean storing your cryptocurrency in your own hardware or software wallet.

It's also important to do your due diligence when researching exchanges and never putting all of your eggs into a single basket. Cryptocurrency is still an emerging space. It's true that you can file a complaint against exchanges if you run into problems. But if you lose your crypto because of fraud or theft, it’s unlikely you'll be able to recover them.

Ultimately, cryptocurrency investing is an exciting, growing method to diversify your portfolio and build wealth. And, thankfully, investors can sleep easy at night knowing a 51% attack on leading cryptocurrencies is extremely unlikely.