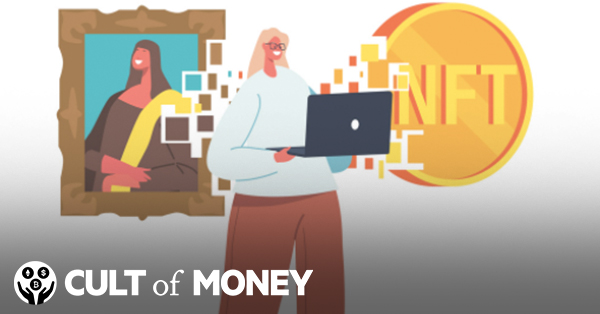 Earlier this year, I got extremely curious about NFTs. If you're not familiar, NFT stands for non-fungible token, and these assets have been growing in popularity over the last few years. As you're reading this, the idea of NFTs have been hot topics in a variety of communities.

In fact, NFT marketplace OpenSea just announced that they reached $10 billion in volume on the platform. And NFT NYC just wrapped up - adding more FOMO to those who haven't taken the leap yet.

With all this activity and conversation, I needed to explore the NFT space myself and see what it was all about. And the best way to explore is to simply do it - so I bought an NFT. In fact, I've bought quite a few NFTs at this point, and have even sold a couple as well.

Here's what I've learned, and what you should consider if you're looking to buy an NFT.

Table of Contents
Quick NFT Overview
1. Join A Community
2. You Like The Art Or Artist
3. Join The Game
4. Stake Your Claim In The Metaverse
5. Flip It
Final Thoughts

Let's break down a quick NFT overview if you're curious about it. NFTs provide real digital ownership -  your ownership is secured on the blockchain with both your public and private keys. You hold the private keys in your wallet (ideally a hardware wallet like a Ledger).

Most people think of NFTs as digital art - such as pictures of Apes or Cryptopunks. But they can be much more - such as access to events and communities (like VeeFriends), proof of ownership and royalty processing, and more.

You can buy an NFT on a marketplace like OpenSea or Rarible, connect your wallet, and buy! You can also bid in auctions, and sell via these platforms as well.

With that being said, there are a variety of reasons why you might want to buy an NFT - and I break down some of my thoughts and purchases below.

The biggest reason (at least today) in my opinion is to join a community. The best NFT projects are also centered around a community in a space. Take, for example, VeeFriends - which is Gary Vaynerchuk's community of enthusiasts. Ownership of an NFT gets you into his event for three years, as well as potentially other rewards.

Many NFT communities are online - and most use Discord. If you're like me, you may have never used Discord before. So, check it out - I view it as a combination of message boards and chat rooms, meets Twitter and social media.

When you buy certain NFTs, you can get access to communities that share your interests. Some of these communities may be in person (or host in person events), but most will be virtual.

For example, one NFT project that I'm bullish on is Royal Society of Players. This is a poker-based community, and purchasing card NFTs gives you access to poker tournaments and more. This project has built a strong community and is continuing to add value to members. You also gain incentives to build the best hand - a royal flush! 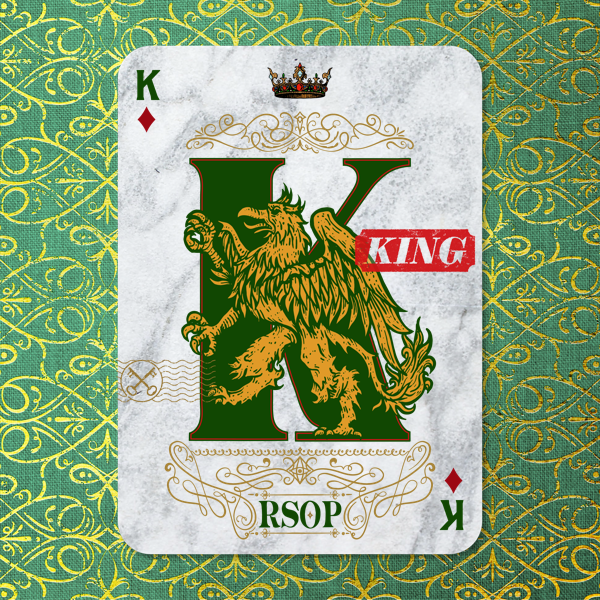 Just like with regular art, you can buy an NFT becuase you like the art or artist. Maybe the art means something to you? Maybe you've followed the artist and they're creating an NFT, and you want to own one.

In my case, I have enjoyed Carl Richard's sketches when it comes to money. If you're not familiar with Carl's work, he runs Behavior Gap, draws sketches for the New York Times, and talks a lot about the intersection of money and psychology. I actually own a physical print he created and gave away at a conference I attended years ago. It hangs on my wall in my office.

So, when I saw he was launching an NFT collection, I had to jump in and purchase one. Here it is: 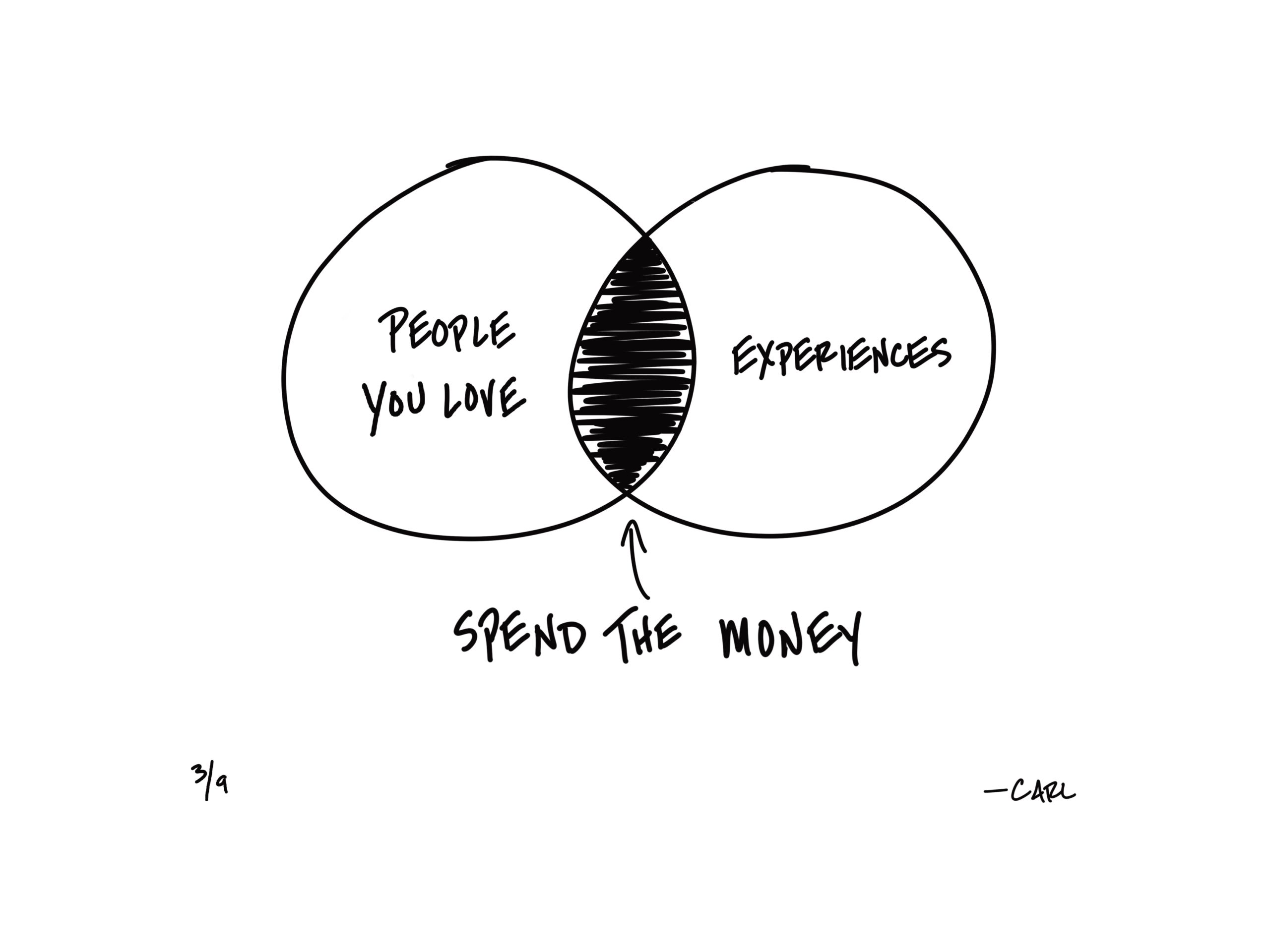 Have you heard of play-to-earn gaming? This is the latest phenomenon in gaming - in which all of your "inventory" is NFT-based. And you can earn cryptocurrency tokens for playing the game.

There is a burgeoning use-case for leveraging NFTs in gaming, specifically because you can have ownership outside of proprietary systems. This also allows game developers to create games that may utilize the same inventory.

For example, imagine a game that's created today, where you can get an NFT sword. But then another creator leverages the same NFTs in their game (and vice-versa). There's a lot of potential there.

But in practice, some games, like Axie Infinity, are already allowing ownership and earning within the game. In this game, you buy your Axies, you level them up, you can breed them, and you can sell them. There's a full exosystem both within the game and outside the game to have transactions. 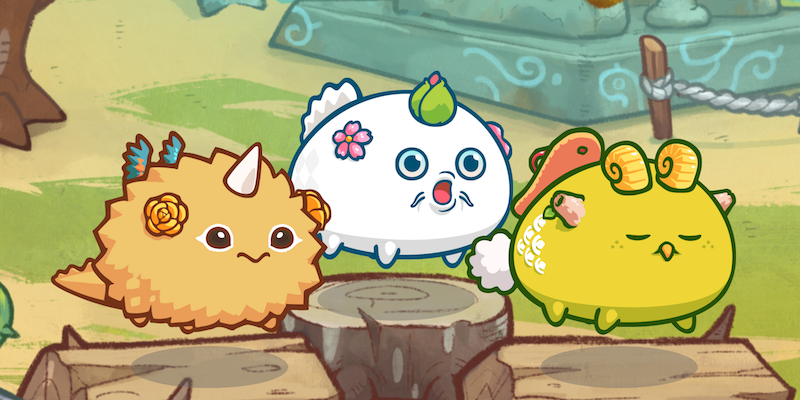 4. Stake Your Claim In The Metaverse

By now, you've heard of Mark Zuckerberg's renaming of Facebook to Meta - a play on the metaverse idea. So what is the metaverse? Basically a virtual world that allows you to interact in both the virtual and real world simultaneously.

Many people envision this as a "Second World" type setting - where there's a virtual world and you can own land, property, transact, interact, and more. And what happens in the virtual world can impact the real world - and vice versa.

One of the biggest projects in this space is Sandbox. This is an NFT-based metaverse that is backed by major players in the crypto and gaming space (and some notable celebrities like Snoop Dogg). Big companies like Atari are already buying up large lots and staking their claim - but smaller players are also doing the same.

Plus, there are companies like LandVault that are even building out the spaces in the metaverse.

Here's a small picture of what the Sandbox map looks like today. All the little squares are plots of land. 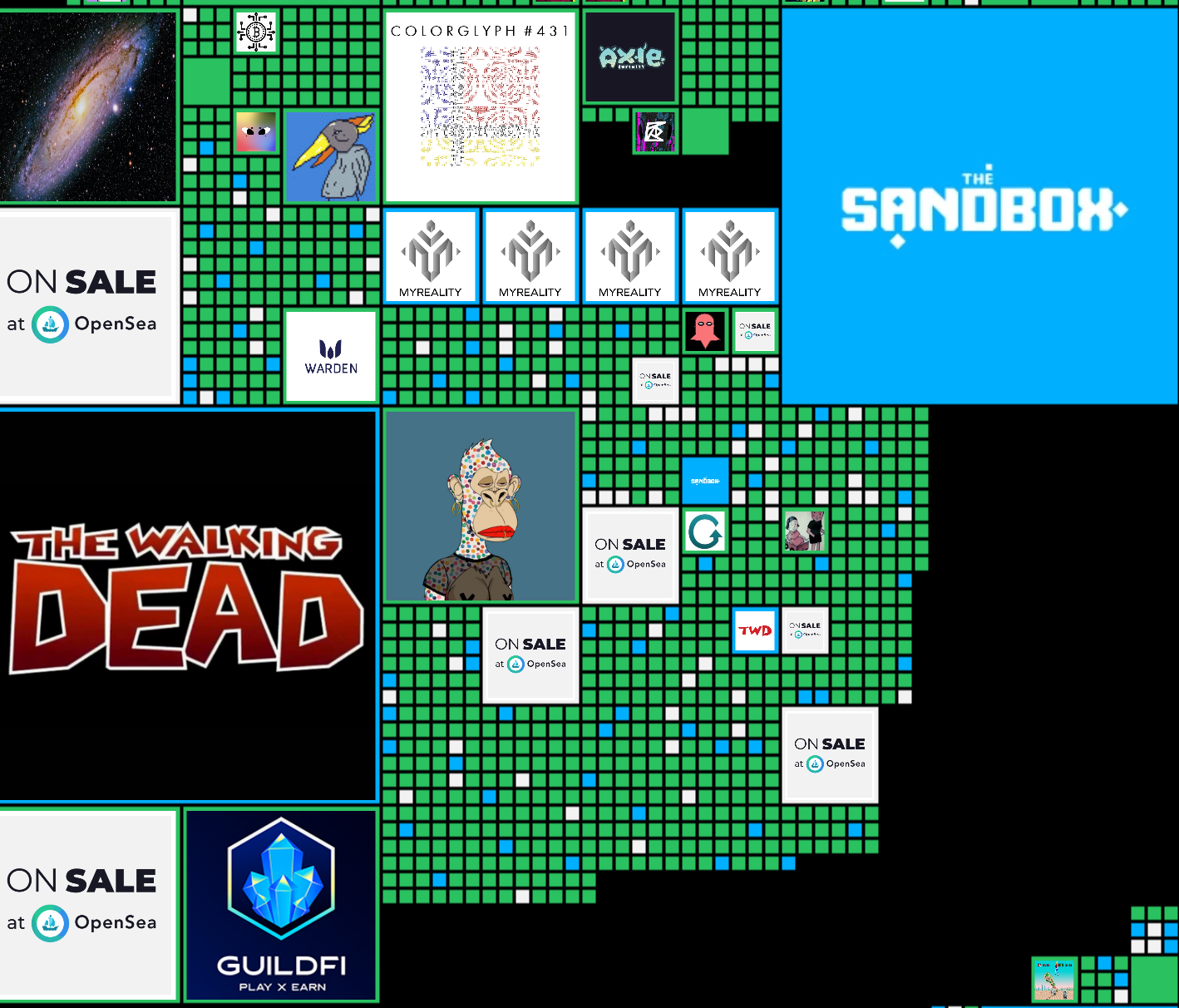 Finally, we can't talk about NFTs without talking about flipping them. Because, let's be honest, that's (sadly) what most people are buying NFTs for today. The goal of flipping is to either buy an NFT for a low price (or mint an NFT), hold it for a period of time, then resell it for a higher value.

While there have been some amazing stories of people minting NFTs for fractions of an ETH, then reselling them for hundreds, that's pretty rare.

It can really be hard to find a good project that won't pull the rug on you. That's NFT slang for scam - where the creators of an NFT project hype up the community, roadmap, and features, but after the initial minting, they disappear with all the money earned.

Sadly, most NFT projects will have little value - either because of scams, or simply because the developers can't build the community and roadmap out.

But even with those risks, flipping NFTs can be fun (and profitable).

I've been able to profitably sell 4 NFTs to date - with profits (gross sale minus fees like ETH gas costs) ranging from just $60 to $230.

However, I've also minted some projects that were clearly rug pulls, so I do have some worthless NFTs...

There are a lot of use-cases for NFTs, and more will emerge in the future. But as of now, these are what I think are the main reasons why you should consider buying an NFT (or why you would).

There's a lot of potential. There's a lot of great communities that are doing fun and rewarding things in the NFT and crypto space. But there is a learning curve on how to transact and connect in this space.

So take your time, research projects, get on Discord, and try it out! 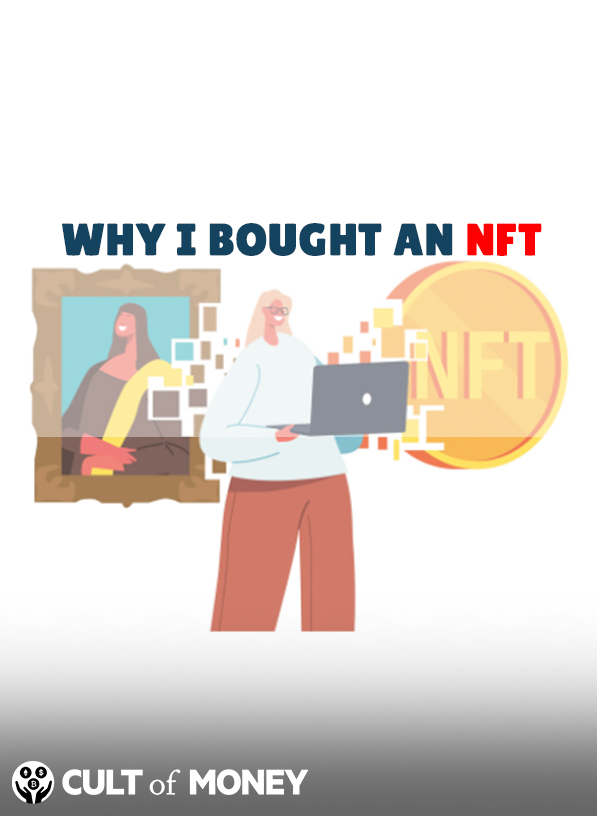 Thanks for the write-up, I’ve heard a few of these ideas but appreciate your simple descriptions to help learn a little more.

I’m glad to help. Have you tried any of them?