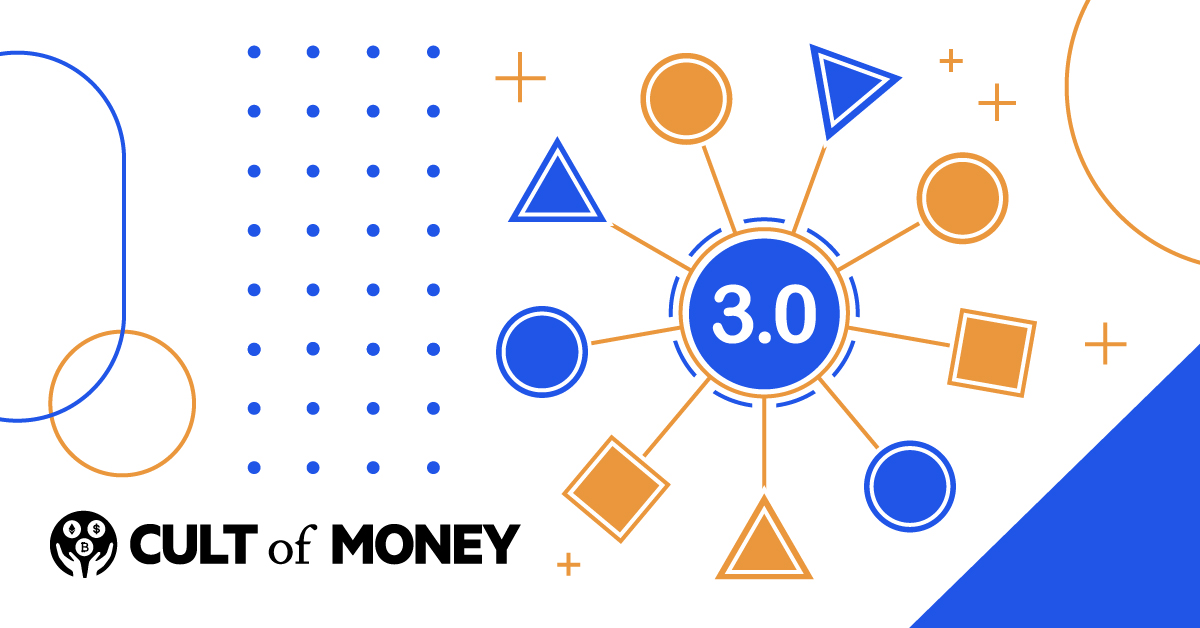 When we think about blockchain technology, we often focus on cryptocurrencies, non-fungible tokens (NFTs) and other decentralized finance (DeFi) applications.

However, some people believe that blockchain technology will underpin Web 3.0 and revolutionize how we use the internet to communicate and transmit data.

But what is Web 3.0? Let’s take a look at what could be the next evolution of the internet — and how it could impact the way you interact with data and information.

Table of Contents
A History Of The Web — Including Web 3.0
Web 3.0 & Blockchain Technology
Examples Of Web 3.0 Applications
What About Hashgraph Technology?
Is Web 3.0 Really Going to Be Decentralized?
The Bottom Line

A History Of The Web — Including Web 3.0

When understanding Web 3.0 (also sometimes called web3), it’s important to have an idea of the history of the web, including why the next evolution of the internet is of interest to so many people.

The first iteration of the internet, Web 1.0, is considered the “static” web.

For the most part, you would go to homepages and you could set up links, but there wasn’t a whole lot of interaction. Basically, you could use your online account to find information and read it, but it was very similar to simply reading a magazine, just online.

Forums and chat rooms developed during this time, but they were somewhat clunky. Effortless interaction and tools for sharing, similar to what we see now with comments and social media, weren’t normal.

Sometimes called the “social” web, the current stage of the internet focuses on interactions and really gave rise to user-generated content. Additionally, the rise of search engines to help index content and help you find what you’re looking for is a major feature of Web 2.0.

Social media and big data are huge elements of Web 2.0. Tools that make it easy to interact with others and the algorithms designed to help you find items of interest are the main features.

However, one of the issues with Web 2.0 is that the tech companies own the platforms we all use. These companies harvest and sell your data in return for providing you with a free place to congregate. Facebook is the poster child for this type of exchange.

This means that, as a user, you don’t have much ownership or power over Web 2.0 applications provided by other companies.

According to enthusiasts, the whole idea behind web3 is that it’s supposed to have an ownership component.

Additionally, Web 3.0 is also expected to include machine learning and artificial intelligence (AI). Various web3 apps are designed to handle various transactions automatically and provide a level of decentralization that provides redundancies to the whole system.

This is where blockchain technology could be useful in the development of Web 3.0. With blockchain and cryptocurrency governance tokens,  participants can be part-owners of the apps and projects they’re interested in. In fact, you can run entirely decentralized autonomous organizations (DAOs) through the use of blockchain technology.

Proponents of blockchain as part of web3 also say that this provides consumers with the ability to own their data, rather than it being owned and used by major technology companies.

We already have Web 3.0 applications, like Wolfram Alpha for search and Siri and Alexa, which function as AI assistants.

But this is just scratching the surface for what AI and machine learning might be capable of. And when you consider the possibilities of building a trustless and permissionless system through blockchain technology, you can see why people are getting excited about Web 3.0

Advocates of Web 3.0 are hopeful that it might be the next iteration of the internet. But what makes Web 3.0 different than Web 2.0, and what does this mean for the future?

Well, one helpful way to understand Web 3.0's implications is to outline what distinguishes it from its predecessors.

Basically, Web 3.0 is supposed to be a version of the internet that’s more interactive and that delivers a more personalized experience — but with you firmly in charge of your own data.

Whether web3 actually ends up living to the hype, however, is a completely different issue.

There’s no truly unified idea of how web3 will ultimately look, but many blockchain enthusiasts think that this is the technology that will underpin the next iteration of the internet.

The idea is that blockchain technology can provide more effective and efficient data management. Also, because blockchains are powered and secured by native cryptocurrency tokens, the expectation is that cryptocurrencies will benefit from the rise of Web 3.0.

Various blockchain solutions are being developed right now, allowing for smart contract transactions that reduce the need for intermediaries. New decentralized applications (dApps) and cryptos are also being created to tackle how we store files and share information, changing the  way people manage their data and participate in other transactions.

One of the main issues with blockchain technology and web3 is the fact that there isn’t one unified system for these applications. For example, it's difficult to use Bitcoin on Ethereum-based applications unless you use a blockchain bridge or wrapped tokens.

However, solutions that encourage interoperability and scaling could potentially help provide a boost for Web 3.0 and for blockchain technology.

We're still in the early days of decentralized applications changing how we use the web and exchange information. But that doesn't mean there aren't examples of Web 3.0 applications out there right now to help provide a better understanding of what this is all about.

As mentioned, AI assistants like Amazon's Alexa, Siri, and Wolfram Alpha are Web 3.0 apps. Other up-and-coming examples include:

As you can see, these early Web 3.0 apps are already being used across multiple industries, ranging from music streaming to data storage.

What About Hashgraph Technology?

There are some who think that web3 is more likely to skip blockchain technology and instead leapfrog to hashgraph technology, as being pushed by Hedera (HBAR).

Rather than seeing data in blocks laid out in a chain, hashgraph focuses on a different structure that’s designed for faster transactions and scalability. You can build various applications using the Hedera network, and the governance token is based on proof-of-stake.

Is Web 3.0 Really Going to Be Decentralized?

For starters, critics of using blockchain technology to underpin Web 3.0 point out that a lot of power is still concentrated in relatively few hands. Additionally, just because there’s a distributed ledger involved, it doesn’t mean that blockchains aren’t being controlled by a few key people.

There are a number of blockchain projects that are backed by venture capital, and there are some people that hold a lot of sway in the crypto community. Private blockchains and blockchains used by major companies wouldn’t necessarily offer greater democratization.

Finally, some worry that interest in government regulation of cryptocurrency tokens, which are needed for blockchain technology, could reduce the practical decentralization.

In the end, there are concerns that blockchain technology, crypto assets, DeFi and other trappings of Web 3.0 won’t actually deliver on the promises being made.

Some people believe that Web 3.0 is the next iteration of the internet, and that it will bring increased security and privacy, as well as more ownership over personal data. It’s also supposed to provide a more immersive experience and be a stepping stone in integrating the web into our personal lives.

However, it’s not certain that blockchain technology will play a significant role in the widespread development and adoption of web3. There are other possibilities for scalability and development, and it will be interesting to see how it all works out and what types of technology we’ll have access to in the coming years.

For crypto investors or advocates of Web 3.0, the best thing you can do is stay informed. Blockchain technology is evolving rapidly, and even though we're not living in the Web 3.0 world currently, staying on top of innovations in this space lets you take advantage of them. 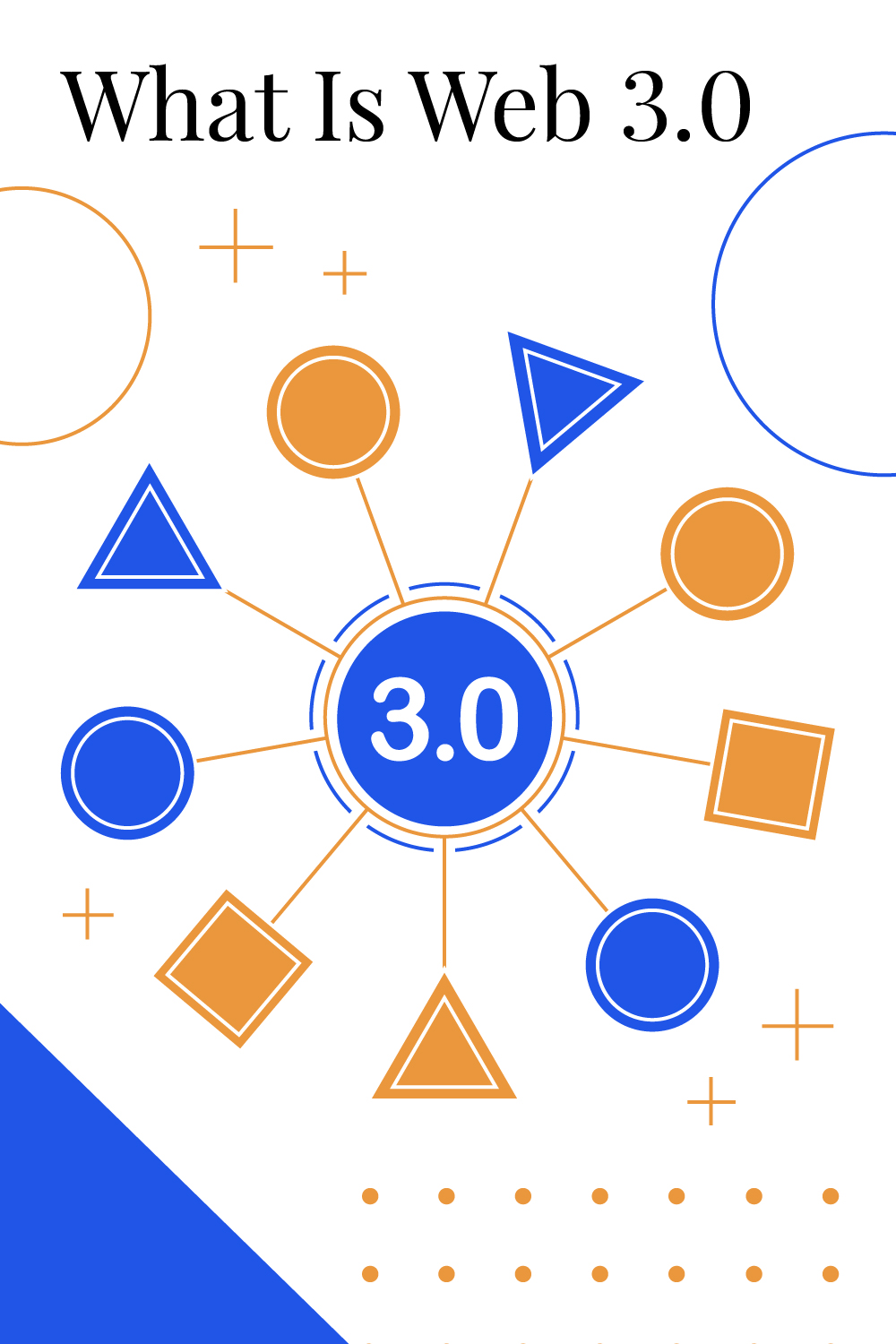